As part of WSU’s commitment to preparing The Next Generation of STEM Teachers, some of our STEM education faculty from WSU Vancouver are hosting a workshop to highlight the mathematics in STEM.

Drs. Kristin Lesseig and David Slavit will summarize the critical shifts being called for in K-12 mathematics instruction; examine what productive mathematical discourse looks and sounds like; and explore the implications these shifts have on all of us involved in teacher preparation and mathematics teaching at the university level.

This workshop is appropriate for:

There will be meeting rooms on each of WSU’s campuses, with a zoom connection cross-campuses. 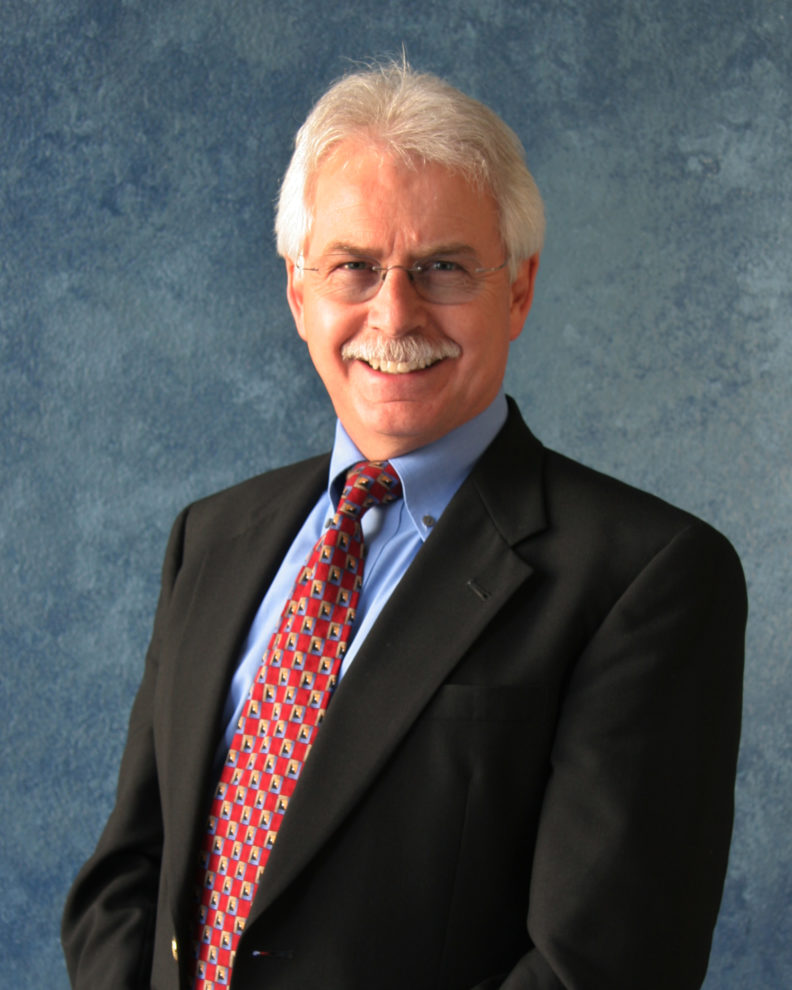 Dr. Gene Sharratt is currently the Executive Director for the Association of Educational Service Districts and OSPI Professional Learning Network.  Prior to this position, Dr. Sharratt served for three years on Governor Inslee’s Cabinet as Executive Director of the Washington Student Achievement Council. The Council is the lead state agency bringing together all sectors of the state’s education system, early learning through higher education, to improve access, attainment, and outcomes for all Washingtonians.

Before joining the Governor’s Cabinet, Dr. Sharratt spent ten years as a clinical assistant and associate college professor for Washington State University.  He served 30 years as a K-12 teacher, principal, school superintendent, and ESD superintendent in international and public schools.   This experience was in Washington, Alaska and Norway.

Dr. Sharratt has published numerous articles in professional journals and magazines.  Gene is the author of “Keeping on your Feet,” an inspirational book of how to overcome challenges in a positive and healthy manner.  He is the past president of the Washington Educational Research Association.

Some of Gene’s awards

Here’s a joke that always brings the house down:

Who do Zooplankton get their Christmas gifts from?
Santa clausi

OK, that doozy aside…

Zooplankton, phytoplankton, and other nutrients, including harmful algae and invasive copepods exist in the Columbia River estuary.

The Columbia River’s 146-mile estuary is one of the largest in the nation. Only the Missouri–Mississippi system carries more water. Rapid population growth has changed land use in the Columbia estuary’s watershed in ways that may affect coastal ecosystems.

That’s where WSU Vancouver professor Tamara Nelson comes in. Believe us when we say it’s not just to save everyone from our corny jokes.

She’s joining two other WSU faculty research to lead student-conducted Columbia estuary research. Why? Because it’s critical to understand how nutrients and organisms from upstream contribute to habitat degradation, and the spread of invasive species.

Yes, it’s a mouthful. So… CRESCENDO, for short.

The high school students gather water, plankton, and hydrographic data in the estuary, to learn about and assess relative effects of cumulative watershed drainage, and local factors such as sewage outflows (there’s gotta be a joke in there somewhere).

Nelson will join Gretchen Rollwagen-Bollens and Steve Bollens, both also from the Vancouver campus. The job of the trio is to gauge what students have learned about science and stewardship; students’ ecological knowledge and outlook. 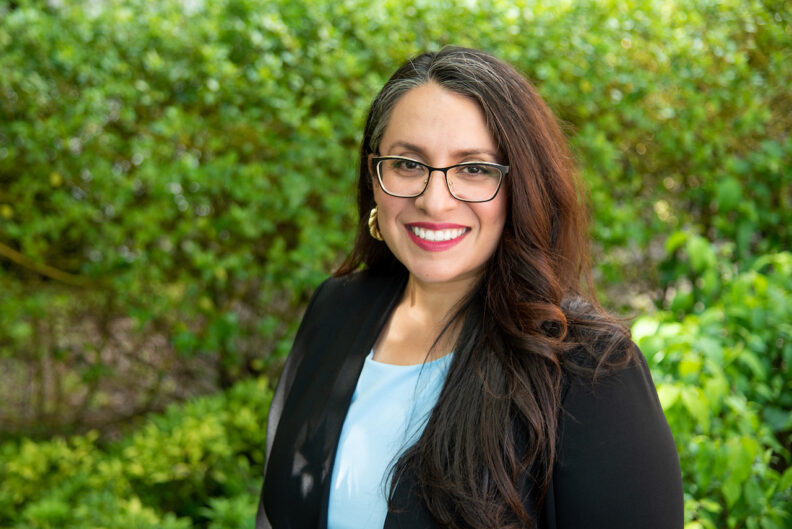 Associate Dean of Equity and Inclusion for Faculty and Staff Development, College of Education

My research agenda centers around the concept of leadership for equity and justice. As third-generation Mexican American and first-generation college student, I am committed to being a community-engaged scholar, whose work advances educational equity and culturally responsive education for marginalized communities, particularly low-income communities of color across the educational PK-20 pipeline. My focus on leadership for equity and diversity inspires three lines of qualitative research: (1) diversifying the educational leadership pathways in PK-12 education, (2) developing equity-focused school and district leaders, and (3) uplifting and centering the leadership of marginalized families and communities.

I am a graduate of Stanford University’s Graduate School of Education. I received a BA in Philosophy and History at Seattle University. I am a former Fulbright Scholar and worked on research project studying the civic engagement and leadership impacts of a childhood nutrition program in Peru. Before earning my Ph.D., I taught Spanish and Service Learning at an urban high school in Oregon.

Currently, I am engaged in these two research projects:

Diversifying the educational leadership pathways in PK-12 education:  Using CRT and LatCrit counterstorytelling methods (Solorzano & Yosso, 2002), I study the experiences and pathways of leaders of color across work positions, regions, and cultures. My work in this area first began with research with Latinx leaders and preservice teachers of color, and resulted in several publications. I also received the first George Brain and Gay Selby Faculty Award in Educational Leadership from WSU. This award helped fund continued research on the experiences and administrative pathways of leaders of color across races and cultures in the Pacific Northwest, which began in Fall 2020 and continues to today.

Uplifting and centering the leadership of marginalized families and communities: In various publications, I explore the voices, advocacy, and expertise of parents, families, and communities of color as legitimate, powerful educational leaders who can address systemic injustices in schools and districts. My scholarship in this area includes ethnographic examinations of Latinx immigrant parents’ leadership development and Latinx community advocacy, and critical literature reviews and conceptual work on expanding the boundaries of who counts as “educational leadership” to include youth, parent, family, and community leaders. My research in this strand seeks to support educational administrators to work with (rather than simply for) youth, families and communities in authentic partnerships.

This work also inspired leadership and outreach in the local SW Washington community. In partnership with Diana Avalos Leos, Director and Founder of Latino Leadership Northwest (formerly the Clark County Latino Youth Conference), we established the SW Washington Latino Parent Leadership Institute. We worked with a diverse group of school and parent leaders to offer parent education and leadership workshops to Spanish-speaking parents in the SW Washington and Portland Metro Area. Together with Ms. Avalos Leos, I studied the impacts of this program on Latinx parent engagement and leadership for equity in schools. We successfully ran two sessions of our workshops in Vancouver Public Schools (Fall 2016) and Woodland Public Schools (Spring 2017). Recently we engaged former participants in a study of their families’ experiences and children’s schooling during the COVID-19 pandemic. Informed by our findings, we hope to relaunch in later 2022 so all families feel comfortable attending in-person workshops. For more information about the project, please visit our Facebook Page.

Note to educators, researchers, and graduate students: Many of the links below require a journal subscription to access the article. If you are a PK-12 educator or unable to access through your library, I’m always happy to share these articles directly. Feel free to email me at katherine.rodela@wsu.edu or connect via Research Gate!

Connect with me on social media!

All 29 Washington Native tribes have endorsed this state-mandated curriculum (SB 5433) which supports the teaching of tribal sovereignty, history, and current issues. Each unit is aligned with national and state standards and builds toward the successful completion of a Content-Based Assessment.

We bring Indigenous perspective to Washington public schools. Both members of our staff are from federally-recognized tribal nations and areas of interest include: Indigenous teacher education, policy, advocacy, special education, and culturally-responsive curriculum and training. This includes working in both reservation and urban communities.
Meet them