AFTOC is having its next general meeting on Tuesday, October 5th, from 5-6 in ED AD 308. The topic of discussion will be focusing on disciplinary policies within K-12 education. Elementary and Secondary education students are encouraged to attend, as well as those that wish to combat these policies within the classroom. AFTOC will be providing doughnuts and handing out our merch (t-shirts) at the event!

If anyone has any questions, please email Christianna Lapine (Christianna.lapine@wsu.edu) or Amir Gilmore (amir.gilmore@wsu.edu). 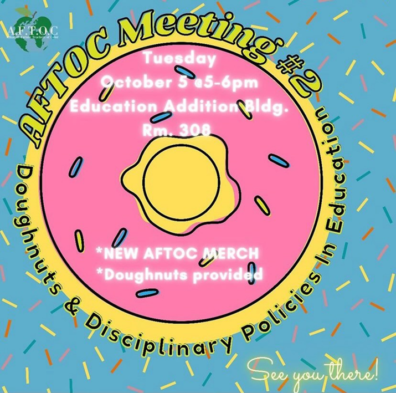 Evan Hecker, Kamiak Elementary School principal, will be joining us and we will be discussing advice for first year teachers and preparing for evaluations from when administrators come into a teacher’s classroom. He will also be open to any questions we have about our first year teaching and what a principal might expect from us. If we breeze through that, the hiring process and tips for interviews/resumes is also a great topic to cover. He will share information he has with us and we will also ask him any questions we have!
Zoom: https://wsu.zoom.us/j/96427598926
Meeting ID: 964 2759 8926

The 8th annual event will include an interactive workshops with Jesse Hagopian, an award-winning educator and a leading voice on issues of educational equity, the school-to-prison pipeline, standardized testing, the Black Lives Matter at School Movement, and social justice unionism.

11:15 – 12:15: Jesse Hagopian’s Keynote: Taking a Knee to Level the Field: Athlete Activism from the Campus to the NFL

Expect a day full of discussion, teaching, learning, and fun!

As part of WSU’s commitment to preparing The Next Generation of STEM Teachers, some of our STEM education faculty from WSU Vancouver are hosting a workshop to highlight the mathematics in STEM.

Drs. Kristin Lesseig and David Slavit will summarize the critical shifts being called for in K-12 mathematics instruction; examine what productive mathematical discourse looks and sounds like; and explore the implications these shifts have on all of us involved in teacher preparation and mathematics teaching at the university level.

This workshop is appropriate for:

There will be meeting rooms on each of WSU’s campuses, with a zoom connection cross-campuses.

The 16th annual Globalization, Diversity, and Education Conference will once again take place in Spokane.

This year’s theme is: “(Re)imagining Education for Liberation”.

Navigating higher education as a first-generation college students can be challenging. Becoming faculty and identifying as first-gen adds a contextual layer to the higher education journey that must be discussed and explored! Presenters will share testimonials and personal narratives about how their intersecting identities, personal backgrounds, and life experiences inform their pedagogy and research practices. They will also share how identifying as first-gen continues to influence their academic identities. As such, the live briefing will focus on the lived. 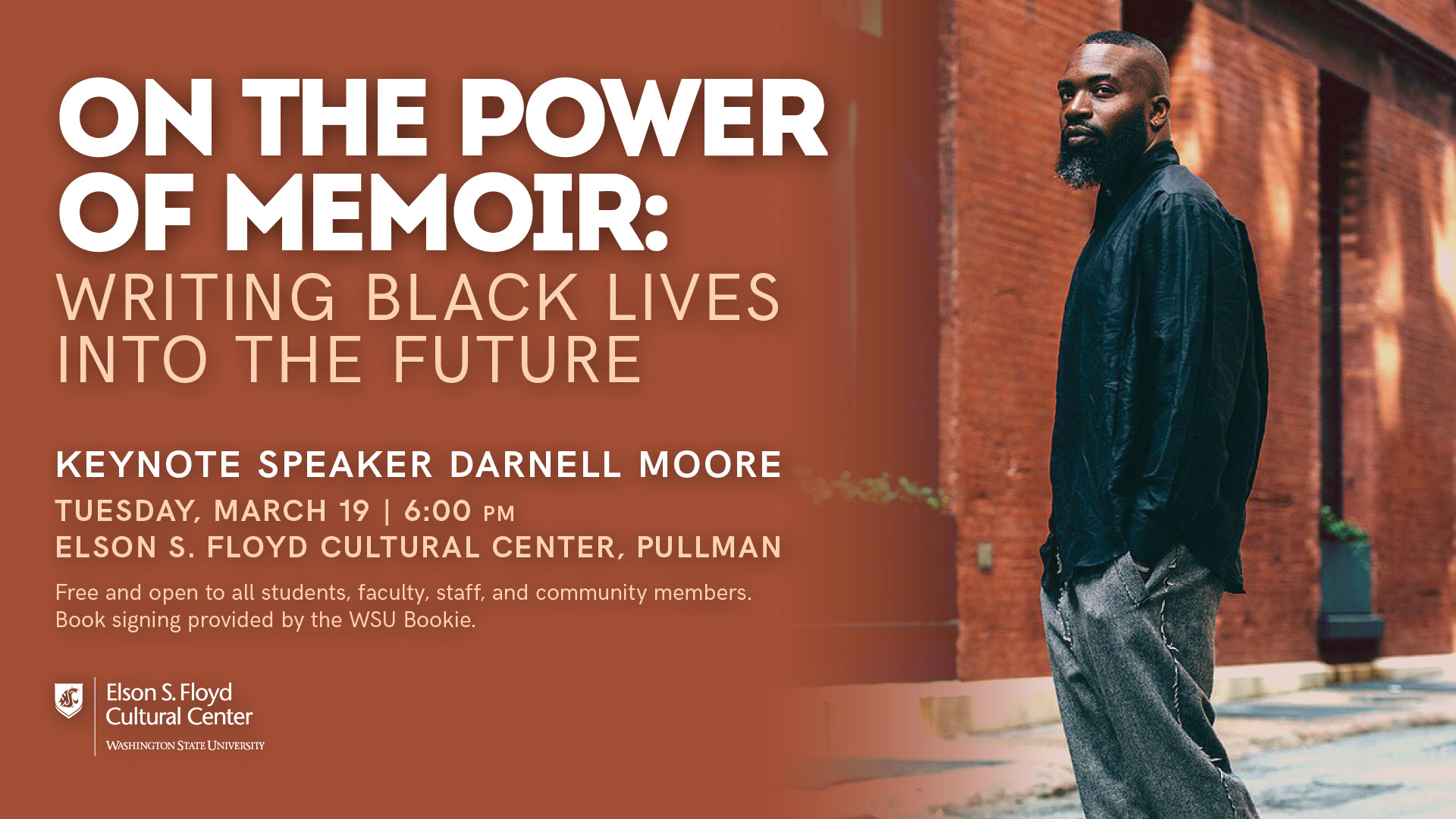 Dear followers of the Mestizo Center, we continue with our series of workshops this Fall 2017, exploring the complexities of identity formation. This Thursday, Faith Price, Assistant Director of the WSU’s Native American Programs, will share her experience as a mixed-race human being. In Faith’s words, in this workshop “we will explore the parts that make us whole, and the complexities of phenotype and racial identity”. This will also be a unique opportunity to learn from Faith’s skills to design and we will be co-creating with her a collective art piece. As usual, we will have wonderful food, conversations, and a great time.

Thank you for supporting #UnderTheSkin by spreading the word among your networks. Everybody is welcome. See you on Thursday, 2:00pm Cleveland Hall 121

Faith Price is the Assistant Director of WSU’s Native American Programs. She is of Wampanoag/African American/European descent. She grew up on the Flathead Indian Reservation in Montana, and graduated from the University of Montana.  She has one daughter who is even more mixed race than she is 🙂 In her free time, Faith loves to sew and has her own fashion line called Powwow Baby. 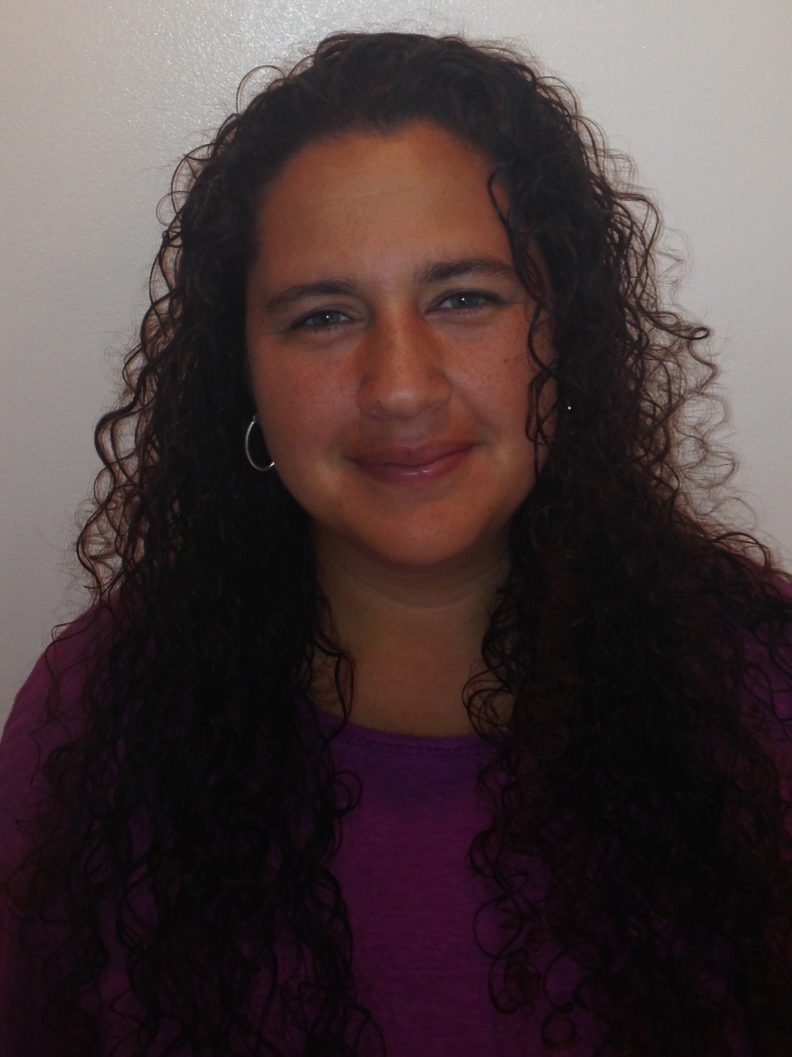 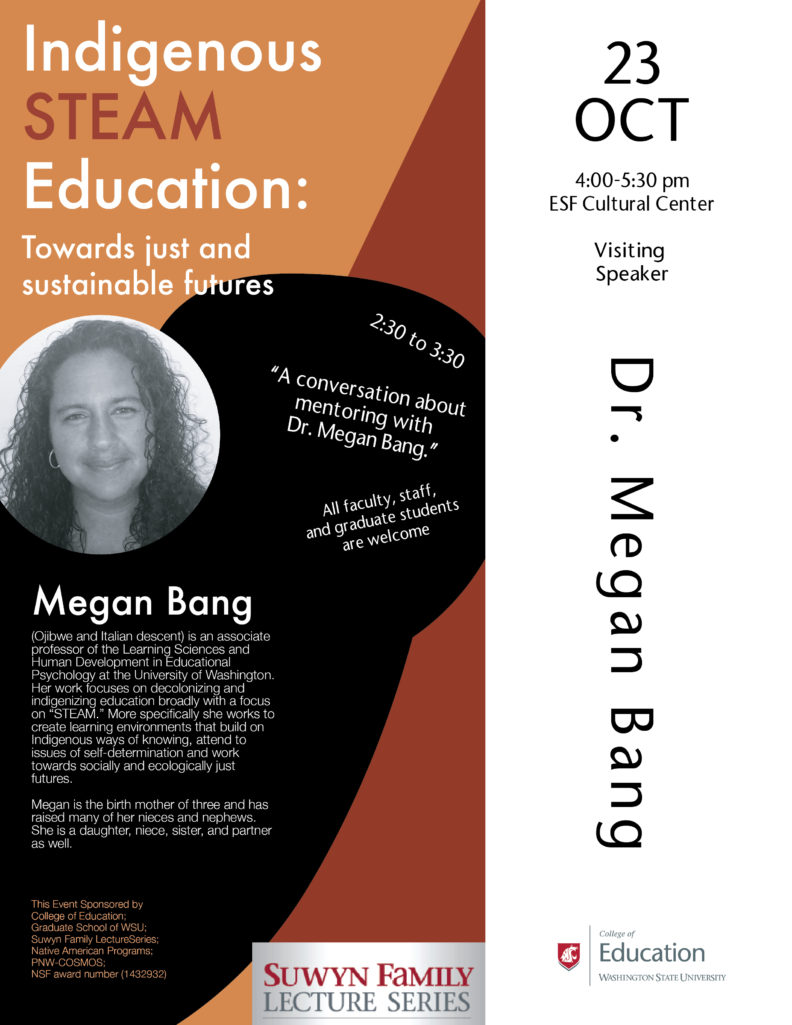 Megan Bang (Ojibwe and Italian descent) is an associate professor of the Learning Sciences and Human Development in Educational Psychology at the University of Washington. She teaches in the Teacher Education Programs and is affiliated faculty in American Indian Studies. She is the former Director of Education at the American Indian Center (AIC), where she served in this role for 12 years. In addition she was the counselor and GED instructor at the Institute for Native American Development at Truman College, a community college. She served on the Title VII parent committee for 6+ years for Chicago Public Schools. She is a former pre-school, middle-school, high-school, and GED teacher, youth worker, and museum educator. She has directed professional development programs with in-service and pre-service teachers, and after school programs in community-based organizations. She is currently the Director of Native Education Certificate Program at the University of Washington to support in-service, pre-service and informal educators working in and with Native communities.

Megan’s research is focused on understanding culture, cognition, and development broadly with a specific focus on the complexities of navigating multiple meaning systems in creating and implementing more effective learning environments with Indigenous students, teachers, and communities both in schools and in community settings.  Her work focuses on decolonizing and indigenizing education broadly with a focus on “STEAM.” More specifically she works to create learning environments that build on Indigenous ways of knowing, attend to issues of self-determination and work towards socially and ecologically just futures.

Megan serves on several editorial boards including: Journal of American Indian education, Curriculum & Instruction, Mind, Culture, and Activity, and Curriculum Inquiry. She serves on the board of Directors for Grassroots Indigenous Multi-media and organization focused on Ojibwe language revitalization and Na’ah Illahee Fund an organization focused on empowering Indigenous women and girls.

Megan is the birth mother of three and has raised many of her nieces and nephews. She is a daughter, niece, sister, and partner as well.

From Megan Bang: “This talk will focus on the role of Indigenous science, technology, engineering, arts, and mathematics education in bringing about just and sustainable futures that ensure the thriving of Indigenous communities. Indigenous peoples ways of knowing are based in relations with our homelandswaters and the relational responsibilities we have. While historically science and science education had been tools of colonialism and empire,  decolonial landwater based education can transform the the pedagogical paradigms we utilize in educational spaces in ways the support thriving and resurgent Indigenous youth. In this talk I will share work in a ISTEAM programs with K-12th grade Indigenous youth that not only ensures they have opportunity to learn and continue Indigenous science – something Indigenous peoples have always done – but also achieve and appropriately utilize western science towards generative ends.”