Jose Riera is only 5-foot-6. Like Spud Webb or Al Pacino or Ben Stiller. Not an inch more, not an inch less.

But that’s OK because this is Mike Tyson’s Punch-Out!! and Jose is Little Mac, doing a great job swinging way above his weight class.

On Monday, Oct. 21, Riera won the 2019 Travel Grant Competition hosted by Washington State University’s Innovation and Research Engagement Office (IREO). By winning, Riera receives a $2,500 travel grant to further and enhance his research goals and provide him with valuable administrative support from IREO. 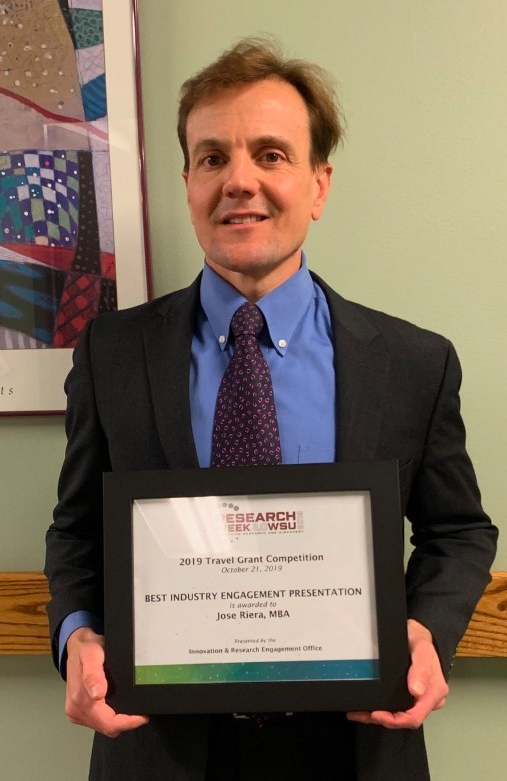 And he did it against seven other competitors, all of whom were faculty members.

Riera is a doctoral student in the WSU College of Education’s Language, Literacy and Technology program.

“I’m humbled that IREO would have selected this presentation over so many other impressive presenters, all whom were full-fledged Ph.D.’s and faculty,” he said. “I did not expect to be the only student who would be invited to present at this prestigious event. This is truly an honor for the entire College of Education, and I trust it demonstrates that our people and our proposals can be appreciated for their innovativeness and societal impact even in traditional hard-science spheres.”

According to the IREO website, the organization “works with students, faculty, and staff to position WSU’s creative, scholarly and technical assets in ways that maximize impact and return value to our state and national stakeholders.”

Riera was presented his award certificate on Thursday, Oct. 24 at an event that included WSU president Kirk Schulz, as well as vice president of research Christopher Keane.

Riera’s research focuses on advancing the use of visual speech recognition (VSR) technology to improve communication and learning for individuals with disabilities and health impediments.

An example of this would be someone who can’t make a vocal sound. Even though the individual is unable to make this kind of sound – or perhaps just has a difficulty doing it – the assistive technology can pick up the facial movement and translate that into actual sound.

Riera said that, with more than 50 million individuals in the United States with verbal and hearing impairments, VSR technology can help. 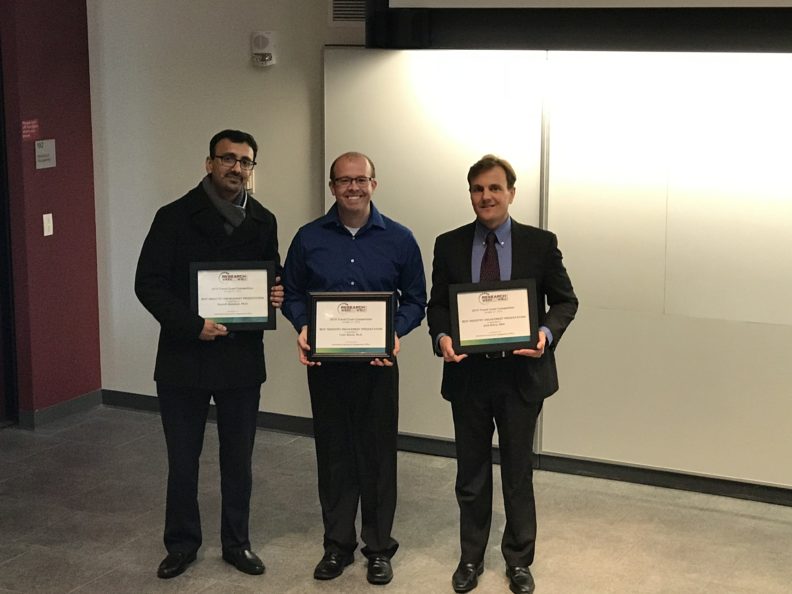 “VSR has the ability to facilitate more intimate, real-time conversations,” he said.

It’s research that is both important and timely. And, according to Don McMahon, an assistant professor of special education, as well as a research team member, a project that is destined to succeed not in spite of a graduate student leading, but because of who the graduate student is.

It should probably not be anything new that Riera aims high and succeeds. After all, he’s already an Ivy-Leaguer. Born and raised in Puerto Rico, Riera earned his MBA from the University of Pennsylvania’s distinguished Wharton School. Most folks probably wouldn’t know that. And why would they? Riera doesn’t walk around telling everybody. If his diminutive stature stands out, so does his humility. Riera refuses to take credit for, well, almost anything, deferring instead to the efforts of the team and, with this latest success, the work itself. 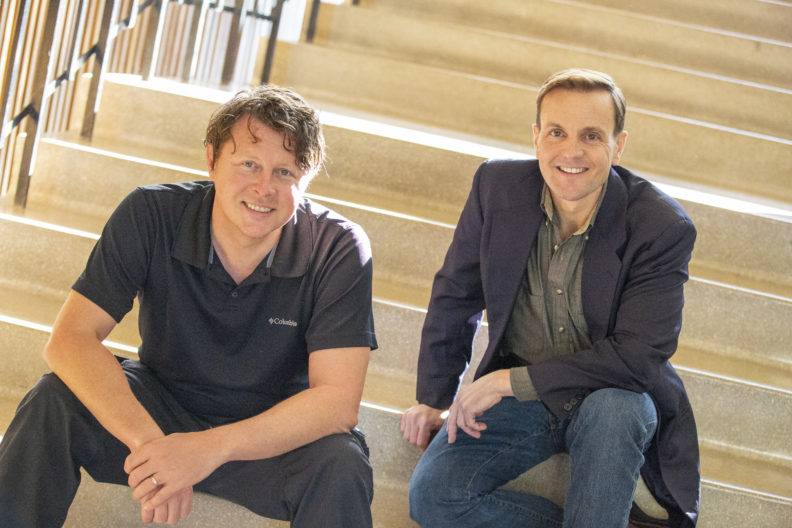 “This research was undoubtedly enhanced by the sponsorship and expertise from College of Education faculty members Don McMahon and Yuliya Ardasheva,” Riera said. “But it was also very collaborative across colleges, as I received unparalleled hands-on guidance from Howard Davis from the College of Engineering, and Mark Vandam from the Elson S. Floyd College of Medicine.” 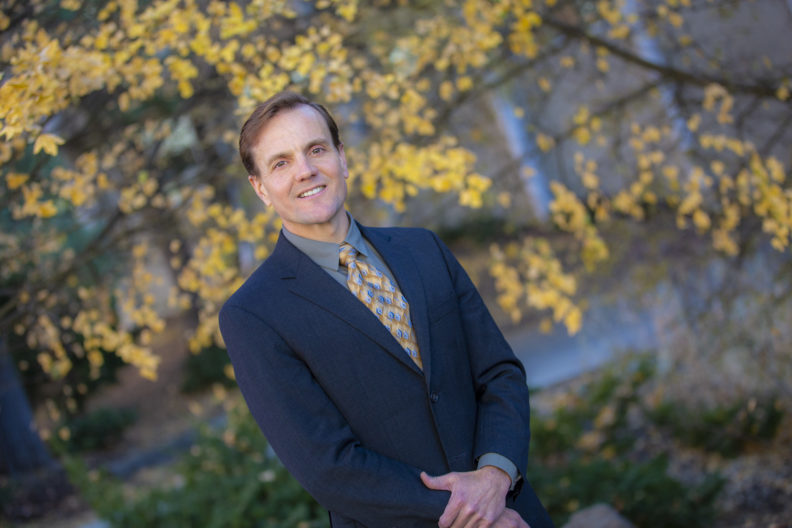 Indeed, Riera is correct. He has been able to rely on the expertise of many others. Take McMahon, for example: he runs the VR2GO Lab, which uses virtual and augmented reality as assistive technology. Or Vandam, an associate professor of linguistics who runs the Speech and Language Lab at WSU Spokane.

Tariq Akmal, chair of the College of Education’s Department of Teaching and Learning, said he thinks Riera’s research has the potential to be successful precisely because of his penchant for teamwork.

“Collaboration is a vital ‘soft skill’ sought after in pretty much all fields; but in addressing complex problems, it’s critical to bring together multiple perspectives and approaches, Akmal said. “Jose is doing just that, identifying a complex problem and then thinking through available resources to assemble a team that has the capacity to effectively address that problem.”

On one hand, while having WSU work with other universities can be a positive, on the other hand, Riera said there was probably something “very special” about the fact that all the critical resources needed to bring this research to market are within WSU community.

“The judges may have perceived the significant value of sponsoring an initiative that we can nurture in-house, and one that will allow WSU to establish its preeminence in assistive technology research and social advancement,” Riera said.

A myriad of applications

Having a highly collaborative project made sense to Riera. After all, in the end, VSR has the potential for extensive applicability in a number of fields, including healthcare.

“My sense is that the judging panel connected very directly with the positive societal impact of this research proposal,” Riera said. “I could feel the way the audience immediately bonded with the presentation when I was discussing how we would enhance the quality of life and social integration for so many citizens with disabilities and limiting health conditions.

“It was a very powerful feeling.”