While all presentations were top notch, when all was said and done, Collette Edge won the grand prize for Outstanding Work. 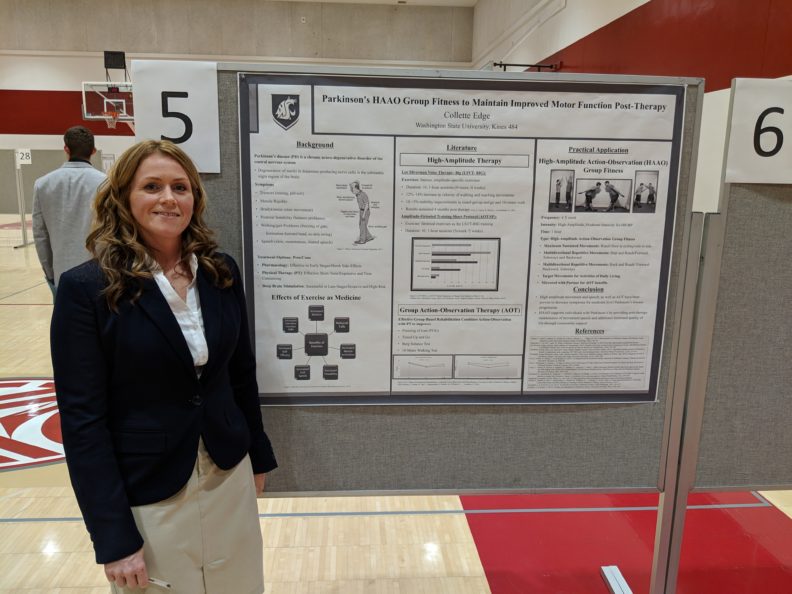 As Collette presented, there are three main treatment options for Parkinson’s disease, a chronic neuro-degenerative disorder of the central nervous system. Along with their respective pros/cons, they are:

Using research literature based on high-amplitude therapy, as well as group action-observation therapy, Collette presented something called High-Amplitude Action-Observation (HAAO) group fitness. As a practical application, it includes maximum sustained movements like reaching from floor to ceiling and side to side, as well as repetitive movements like a step-and-reach, rock-and-reach, etc. Unlike physical therapy, because this is a group setting, it offsets some of the high costs.

Collette has been a group fitness instructor for the last 13 years on the Palouse, but went back to school, and will continue on to graduate school in occupational therapy. She said she would like to work in therapy for vulnerable populations such as people with Parkinson’s disease.

Congrats to Collette, as well as the rest of the conference participants.