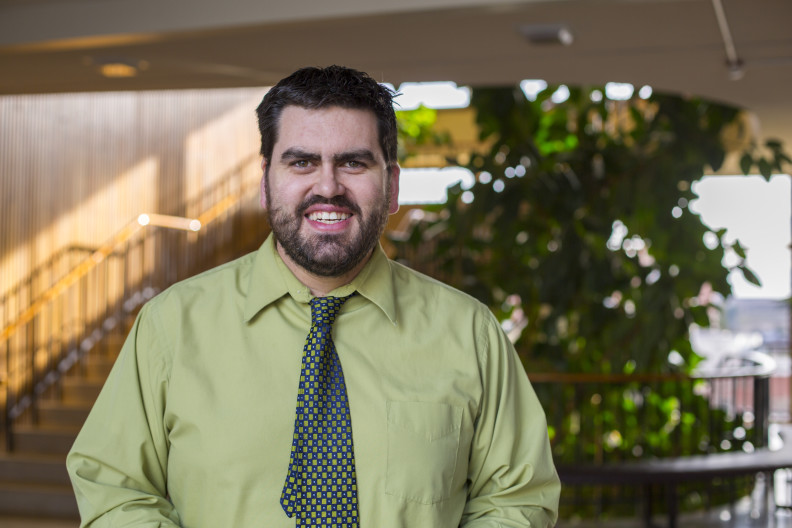 Director of Marketing and Communications
College of Education

Brandon Chapman joined the College of Education in August, 2013. He helps share the great things accomplished at the College of Education. Perhaps it’s leading research. Perhaps it’s scholarly publications. Maybe it’s a great story about a faculty, staff member, or student. Whatever the case, it’s Brandon’s job to get the word out there, to both internal and external sources. He oversees the college’s website, media efforts, news releases, podcast, video podcast, social media, photography, and videography.

His committees at WSU include the MLK Committee, the Corporate Engagement Council, and the System Strategic Planners Council.

Brandon has 20+ years experience in marketing and communications, including with the Department of Early Learning, various local radio stations and TV stations, The Seattle Post-Intelligencer, and Sports Illustrated. He most recently headed PR and media relations efforts for Longview Fibre Paper and Packaging.

He spent two seasons (2006 and 2007) as a professional baseball play-by-play broadcaster.

Before that, he earned his B.A. from WSU’s Edward R. Murrow School of Communication (he double majored in Spanish). He was a sports editor at The Daily Evergreen, and took an active role with both Cable 8 and KUGR. He was a WSU Community College President’s Award recipient. He won the Murrow Award in 2004, as well as winning the first ever Keith Jackson Award for excellence in sports broadcasting for a student.

In the spirit of giving back, at WSU Brandon began teaching a sports play-by-play course for Murrow College in Spring 2019. He’s also taught Audio Storytelling and Introducting to Broadcast Equipment (COMJOUR 150). . Currently, he is the KUGR (student radio) faculty advisor. Additionally, he is the KUGR Sports professional advisor. Within the community, he served on the Pullman City Council between 2018-2021 and is an active Kiwanis member.

He received his associate’s degree in Radio/TV from Centralia College.