Kelp may be the new kale, and orange may be the new black, but if you want the snowclone that Kathy Nitta obviously believes in, it’s this: when it comes to age, apparently 50 is the new 20.

That’s because even though Kathy is now in the third age bracket, she’s attending classes at WSU, a feat usually undertaken by Millennials who were in diapers at the same time as Kathy’s own children.

When we’re trying be a little more euphemistic, we might call this type of student “non-traditional.”

So why the heck would someone already in their age of fulfillment do this? Good question.

And while you’re trying to figure that out, here’s the real kicker: she already has a full-time job as a senior lecturer at Gonzaga University.

Not only that, she’s pretty darned decent at it, winning the Gonzaga School of Education 2016 Faculty Excellence Award.

Her award certificate from Gonzaga states, about Kathy: “A member of our faculty who models the mission of the University and the School of Education in her personal and professional life, contributes to the improvement of processes and practices in order to enhance our work together, and is respectful and supportive of the common good.”

In other words, Kathy is a rockstar.

But not one to be content, she is currently a Ph.D. candidate in the WSU College of Education’s mathematics and science education program. She says it was her professional relationship with WSU’s clinical associate professor Janet Frost that led her to the doctoral program. But this is the latter part of the story, and to better understand it, we must go back in time.

A long career takes a slight but strategic shift in direction

Kathy is from the Tri-Cities. She attended high school in Richland. When it was time to head away to college, she chose Gonzaga. She completed her bachelor’s degree in biology, and completed the secondary teacher certification program.

From there, nothing about Kathy’s story seems extraordinary, though by all accounts, she was an extraordinary teacher. She remained in Spokane and taught in a K-8 school. In those very early years of her teaching career, she completed coursework to add a mathematics teaching endorsement to her certificate. She then completed her master’s degree at Gonzaga in Educational Administration, and earned a certification for being a K-12 administrator. She stayed at the K-8 school for 14 years, the last three of which included being an assistant principal. She then taught high school for 14 years.

But, she wasn’t done with Gonzaga. Not yet.

“After earning two degrees there, I decided that someday, Gonzaga was going to pay me, instead of me paying them,” Kathy jokes.

She began teaching a secondary math methods course at Gonzaga in 2007 as an adjunct instructor. That opened up the door to moving to full-time teaching at Gonzaga, which happened in 2011.

“She is an excellent role model who makes learning relevant, meaningful, and fun,” Nieding says. “Kathy is completely dedicated to giving 100 percent to all she does. She is always willing to try new and innovative ideas. She is a reflective practitioner who is willing to revise and try again. She models commitment to excellence in all that she does.”

Assistant professor of teacher education Anny Case says while it’s true that Kathy never stops learning or refining her practice, that’s not what makes her such a valuable resource to her pre-service teachers.

“Pretension and posturing are all too common in academia, but Kathy does not fall into either of those traps,” Case says. “Instead, she is genuine, not afraid to speak her mind, and also humble enough to accept and learn from the good in alternative perspectives. She’s one of the most intentional, reflective professionals I’ve ever encountered, with a strong moral compass that guides her decisions.”

The WSU College of Education math and science education doctorate degree helps graduates make important contributions to the field. Maybe that’s in research. Maybe it’s in various learning environments. Or maybe in some professional context. Regardless, this education increases their versatility.

Just the kind of program a person would love if they didn’t have, say, a full-time job as an award-winning instructor at Gonzaga.

But that’s exactly what Kathy has. So, like stuffing 10 pounds of potatoes in a five-pound sack, Kathy finds herself pulled in all directions. But she has a keen understanding of how to balance the schedule correctly.

“It is very challenging in terms of the time commitment, but my first priority is my teaching at Gonzaga,” she says. “My students deserve my best efforts, so I continually focus and reflect on my practice as a teacher educator.”

It’s that same dedication to her craft that led her to the math and science doctoral program – after meeting Janet Frost, now director of WSU’s Health Sciences STEM Education Research Center, as part of a collaborative math grant.

“This grant funded opportunities for me to grow professionally as the mathematics department chair at the high school where I was teaching,” Kathy says. “As I considered moving from teaching in high school to teaching at Gonzaga, Janet became a mentor whom I often consulted. She shared that faculty in the WSU College of Education’s Teaching and Learning Department were creating a doctoral program in Math and Science Education, and she encouraged me to apply.”

Ah, but for a working-class individual, the great logistical heartbreaker is usually not even one of time, but distance.

As it turns out, Kathy knew up front that this wouldn’t be a deterrent in this case. How? Well, to make a short story long: technology. That’s what makes it work for the wide array of people.

The courses are delivered through AMS. And Kathy says through Google Hangouts, Google Docs, and other online applications, she has been able to collaborate with students in the program located on all the other WSU campuses.

“At first it was a little strange, but it became the norm, and for the most part works rather well,” she says. “I have created great relationships with other students in the program, even though we are not physically located on the same campus. The unique structure of this program allowed me to pursue this doctoral degree. I would not have been able to leave Spokane and my teaching position to pursue this degree.

Kathy has found her coursework has already contributed to her professional development as a teacher educator.

But it’s not just a one-way street. Kathy says her teaching at Gonzaga has also informed her doctoral coursework.

“I have found leveraging the intersections between the teaching and the coursework to be essential and vital to keeping it all together,” I believe this is also the reason that my department nominated me for the award.”

“It not only validated her hard work and its effects on her teaching and that of her colleagues, but also because it helps other teacher educators understand what a valuable resource she is for improving their own practice,” she says. “Students who complete our program are well prepared to step into their ultimate professions, regardless of the context, and to help initiate collaborations among teachers, teacher educators, and researchers.

Nieding was even more to the point: “Kathy is the teacher I wish for all learners.”

Kathy is currently considered a doctoral candidate, as she passed her prelims in Fall 2015, and is working on her dissertation proposal, which seeks to understand how to support preservice teachers’ learning and development of mathematics teaching practices. Kathy says she thinks this intersects nicely with her teaching at Gonzaga.

ESPN analyst Jay Bilas said, about Gonzaga basketball fans: “They go to school, they do their homework, they shake hands, they say please and thank you, but once you throw that ball up they will rip your heart out and watch you bleed.”

Warms your heart doesn’t it?

This talk about Kathy is all well and good up until now, but for the basketball fans in the room, let’s get down to the nitty-gritty.

Is Kathy a basketball fan? Is she a rabid, dyed-in-the-wool ’Zags enthusiast? Does she show up at 5 in the morning on ticket distribution day?

“I do consider myself a ’Zag and on occasion stand in line for faculty and staff tickets,” she admits. “The energy of the students and the fans in the kennel is amazing.”

But before you go join the Kennel Club with her, she drops the bomb shell on you.

“I probably enjoy watching basketball more on TV from the comfort of my couch.”

And there you have it.

Kathy seemingly gets just as much enjoyment listening to her students’ stories of “tenting” for a great seat at the games. She’s taught student-athletes in several sports, and says she finds them to be dedicated.

“I’m so glad they are pursuing a career in education.”

So while Kathy likes the ’Zags, she keeps things in check with the kind of maturity and pragmatism you’re more likely to find with someone who is… how do we say this again… a little more advanced in years.

“I began the Ph.D. program when I was 50 and sometimes feel a little “too old” to be on this journey, but have found it to be a journey that has been full of opportunities and challenges for professional learning.”

Kathy’s kids are already grown. Her son is 28, a graduate of Seattle University and the University of Michigan Law School. He currently works as a lawyer in Washington D.C. Her daughter is 25 and is at Marquette University studying for her doctorate in clinical psychology with an emphasis in neuropsychology. At one point, all three could say they were in college at the same time.

The only one left out was her husband Darryl. But he has a place in this story, too. The whole story wouldn’t be complete without him.

“I am lucky to have a husband who has supported and encouraged me all along, even though that sometimes means he has taken second place to my Gonzaga and doctoral coursework commitments,” Kathy says. “My husband is a Seahawks fan, and football fan in general, so it has worked well that he watches football on Sundays and I work on my PhD coursework.”

“Some days I really do not know how it all gets done, but it does,” she says with a smile.

Book: Radical Compassion: Finding Christ in the Heart of the Poor, by Gary Smith

Janet Frost (WSU): “Kathy is a focused, highly knowledgeable, and articulate educator-researcher who has continually sought out opportunities to learn, reflect on, and apply the most effective research-based strategies to her own teaching and to formal and information professional development for other teachers and and teacher educators. She is a role model for all who know her, including K-12 and higher education faculty and her peers in the WSU Mathematics and Science Education Ph.D. program.”

Deborah Nieding (Gonzaga): “She is a wonderful colleague, whom I enjoy working with on any and all projects. Kathy is open minded and willing to work toward consensus.”

Anny Case (Gonzaga): “Kathy is a person of  integrity. She lives and works in a manner that is consistent with what she knows and believes. This makes her completely trustworthy.”

“My father used to say that it’s never too late to do anything you wanted to do. And he said, ‘You never know what you can accomplish until you try.’ “

From our photo shoot… 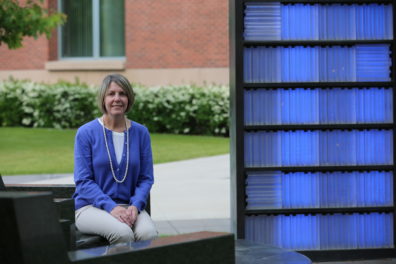 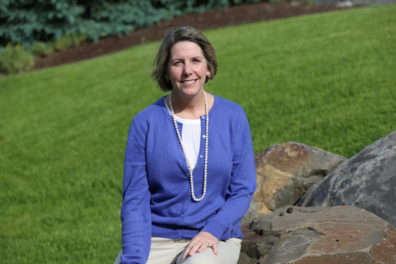 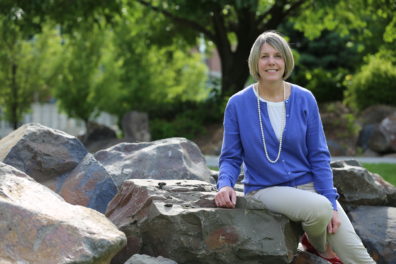 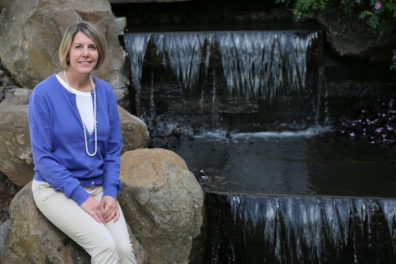