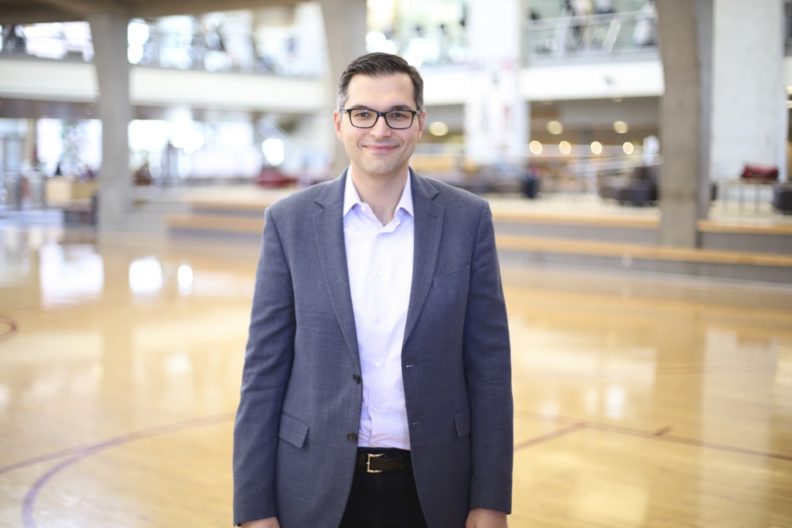 Simon Ličen’s (LEE-chen) studies mediated communication and sport in changing societies. His primary research interests include mass communication and sport, the negotiation of identity through the media, and the media in international, post-socialist and post-colonial societies. Between 2012 and 2016, he was member of the Board of Directors of the International Association for Communication and Sport. He also has research and publishing experience in social media and public relations, as well as sociology, kinesiology, governance, politics, sustainability and event management as they pertain to sport..

At Washington State University, Dr. Ličen has taught undergraduate courses in Sport Communication and Sport in American Society, as well as a graduate course in Mass Communication in Sport Management. Since 2015, he has been a visiting lecturer at Beijing Sport University (China) where he teaches a course in Sports Journalism. In fall 2020, he was Visiting Associate Professor at the Faculty of Tourism Studies of the University of Primorska in Slovenia. In 2022, he was named Senior Research Fellow of the Center for International Sport Communication and Diplomacy Studies at Beijing Foreign Studies University in China. Before joining Washington State University, he taught at the University of Ljubljana (Slovenia). He held guest lectures at the University of Alabama, University of Memphis, Lewis & Clark State College, Beijing Sport University (China), University of Ljubljana (Slovenia), and University of Primorska (Slovenia). Among other, he also served as the Director of Media and Communications of a WTA Tour (women’s professional tennis) event, was a member of the UNESCO Slovenian National Commission, and contributed to the organization of several editions of the Ljubljana Marathon and the U20 European Basketball Championship for Men. In 2019, he sat on the program committee for the 2019 Play the Game conference.

Dr. Ličen is frequently interviewed, quoted, cited, and referenced by media all across the globe. Here is just a sampling of some places you can find his name:

Ličen, S. (2019). Influence of hosting a major sports event on patriotic attitudes: The EuroBasket 2013 competition in Slovenia. International Review for the Sociology of Sport, 54(3), 361-383. Read it!

Jakubowska, H. & Ličen, S. (2019). The role of mass media in the reproduction of gendered national identity: Polish coverage of women’s and men’s basketball championships. International Review for the Sociology of Sport, 54(3), 302-324. Read it!