A town-gown team up

The capstone course, Theory and Application of in Sports Event Management, requires student groups to host a sport-centered event to put their curriculum to practice in the Pullman and WSU community. Learn more about a few of the events below.

Fencebusters for Firefighters was a home run derby hosted by five Sport Management students in partnership with the WSU baseball team. The event took place on April 6 from 4-7 p.m. on WSU’s Bailey–Brayton Field.

Members of the WSU and Pullman communities joined together to hit home runs, win prizes and enjoy the beautiful weather on the baseball field.

While WSU baseball players shagged groundballs and flyballs, the event was emceed by Brandon Chapman, a Cougar baseball super fan and the college’s marketing and communications director.

The fundraiser raised over $560 for the Pullman Firefighters Charitable Foundation, which seeks to help firefighters, their families, and the community.

“We just want to give back,” the group said. “COVID has been tough and throughout it all, the fire department has worked tirelessly to keep us safe, responding to medical emergencies and whatnot. It’s the least we can do to help them.”

Sweat for Vets invited members of the community to put their endurance to the test while benefiting the WSU Veteran’s Center during Sweat for Vets on April 9.

Participants had the opportunity to compete in the high-intensity fitness program, which incorporates aspects from multiple sports and endurance exercises. Men’s and women’s intermediate and advanced divisions were available.

The Sweat for Vets group members all have a connection to the military, which inspired the cause to be the Veteran’s Center. All workouts during the event were “hero” workouts, meaning their names corresponded with those who have served.

Goals for All brought gamers together from various universities around the country to play Rocket League on April 9.

Student groups from WSU, Oregon State University and University of Oregon played alongside several other groups, including the group’s sponsor partnered team, the WSU ROAR program.

The event benefited AbleGamers, which strives to provide more accessibility within the videogame playing space, especially for those who face challenges while gaming without a standard controller.

“As a group, we are all gamers and wanted to find a way to bring the community of gamers together,” AJ Rodrigues, Goals for All event manager said.

Viewers enjoyed watching the tournament via the group’s Twitch channel, as well as in WSU’s Esports lounge, located in the Chinook.

Four students hosted a mental health-focused event for students and staff on April 25 at Ruby Street Park. The event took place during dead week, a stressful time for busy students as they approach tackling their finals.

Stations were strategically set up around the park with the goal of fostering positive mental health conversation. Visitors colored, played with puppies, practiced yoga and enjoyed other activities to de-stress and recharge.

The donations collected during Mindful Monday benefit Counseling and Psychological Services within Cougar Health Services, with the hopes of increasing therapists and mental heatlh resources for students at WSU Pullman. 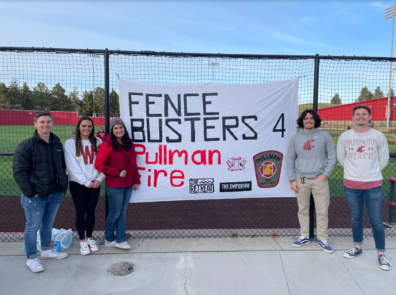 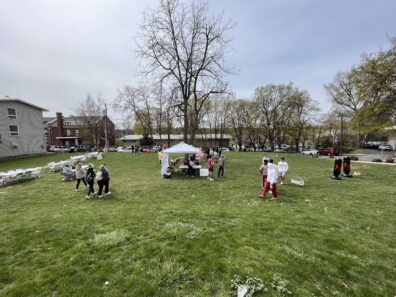 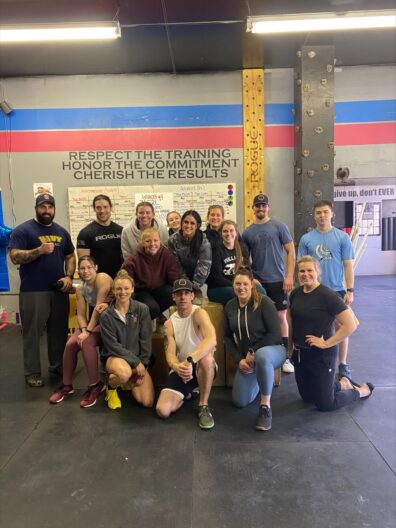