By David Blehm – College of Education

A Washington State University alumnus has been crowned new teacher of the year within his Virginia school district.

He said he has wanted to be a teacher since his first day of college.

“My decision really came from those teachers who impacted me at a young age,” he said.

The only variable Pitzer said he had to find was the right fit for him. And, with the help of assistant professor Lauren Bruno, he said he found his first full-time teaching position in Virginia.

“I’m so grateful to Dr. Bruno for helping me find the opportunity of a lifetime in Virginia,” he said. “I wouldn’t be here without her.”

Pitzer said winning this award really validated his decision to move across the country.

“I also must say that it wouldn’t be possible to have received this award without the help of my colleagues and mentors during my student teaching at Chief Jo in Richland, WA who have shaped my own foundation as a teacher.”

Pitzer also said the support from his new colleagues and mentors, who have allowed him to try new ideas and provide feedback when necessary, has proved to be helpful.

Pitzer’s infectious outgoing energy has led to strong connections with both the staff and his students.

“Mr. Pitzer made an immediate impact at NSHS with his enthusiasm, flexibility, and student-centered approach,” said North Stafford HS principal Daniel Hornick. “We immediately noticed his strong instructional capabilities and even asked him to present some ideas at one of our monthly staff meetings. Since the vote for new teacher of the year came from staff members, his winning the award shows that folks throughout the building recognize his impact and value.”

Pitzer said the most valuable thing he can do as teacher is have the kind of relationships with students that evoke motivation and positive change, in both the students and himself.

“To watch as these students go on to their next chapter and to have played a part in one is what I love,” he said. “I know at the end of my career the students who have passed through my classroom will have had a major impact on the person, coach and teacher I am and will be.”

Bruno said it should come as no surprise that the North Stafford High newcomer has thrived in his first year of teaching, citing his eagerness to make a difference leading to both personal and professional success. 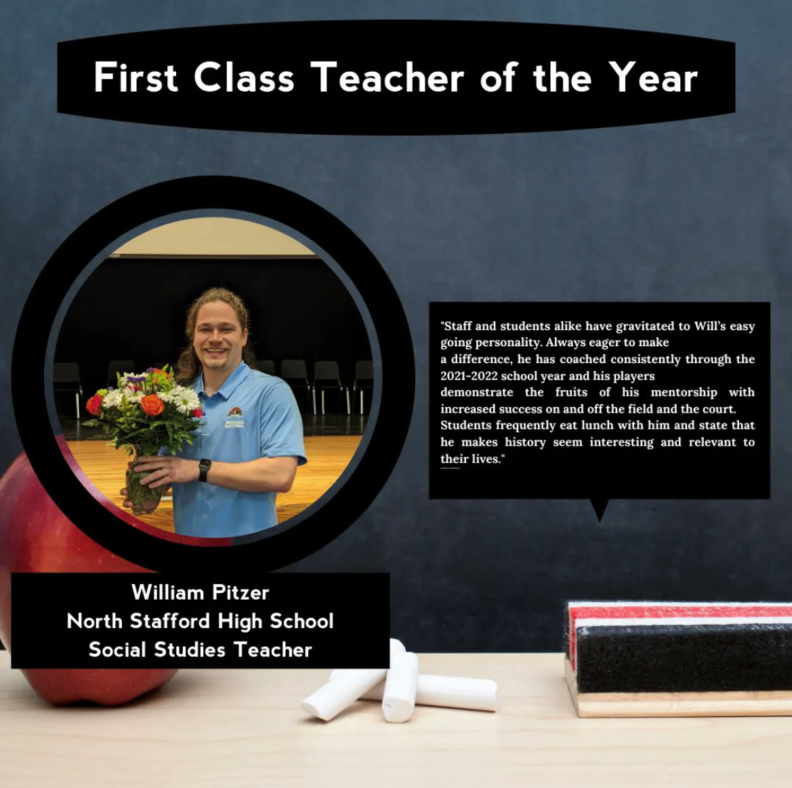 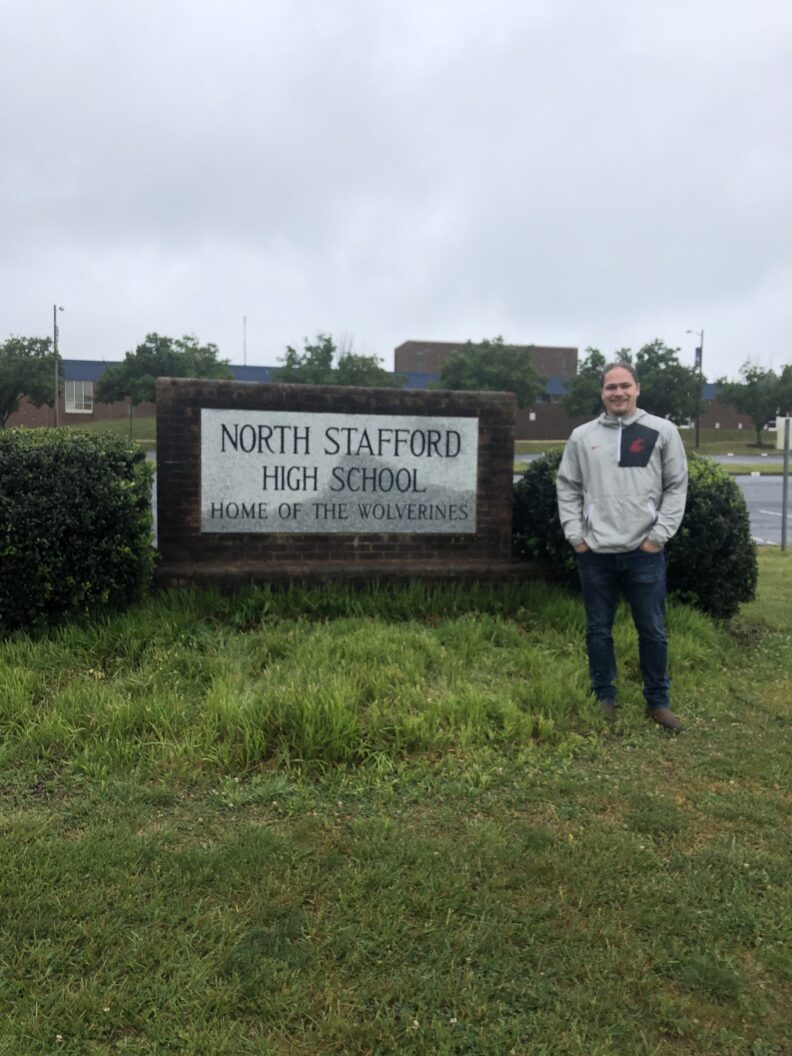