Not Taking A Seat on Progress

By Katie Duncan – College of Education

As COVID-19 shut down the world and brought a new reality, many people would dwell on the things that were lost. Will Millick was not one of those people, Will took it as an opportunity to adapt and thrive in this new reality.

Will is a senior in Washington State University’s College of Education pursuing a degree in sports management. He plans to graduate in May and have a long career in sports.

Will already has a history of sports involvement through various marketing and announcing jobs.

Give ‘Em The Chair

One of the most important classes that students in the Sport Management program must take is SPMGT 374, Sport Marketing. This class is a semester-long project-based class where students are tasked with developing a marketing campaign for an organization in Pullman.

It was because of this class that the Give ‘Em The Chair group was born.

Will and his group decided they wanted to do their project for WSU baseball. There had been various projects in previous semesters targeting WSU Baseball, but none were the ultimate success story.

After an unsuccessful meeting with WSU Marketing, Will and his group went on with the plan with no support from the marketing department. This did not stop Give Em The Chair from becoming a wildly successful campaign.

The first baseball game of the season came around and Will, his group and a perfectly designed “chair board” began their campaign.

“My groupmates were completely invested in the idea and fought through the initial confusion by literally everyone but the section until the crowd was starting to “vibe” with it, and students wanted to be a part of it,” Will says.

After four games, their section was successful and electric. Everyone from the students to administration, fans and even the team were on board. Then the pandemic hit.

Not only did Will lose his spot as the head of the Chairleaders, but he also lost his PA announcing job for WSU baseball/marketing, his ticket selling job, as well as his summer internship. This did not stop Will from continuing to develop his skills.

Will did not quit making progress when the pandemic forced him to leave WSU and return to his hometown of Challis Idaho for the foreseeable future.

“I spent the summer doing odd jobs where I could, from contracting, to selling, to design, to coaching to try to make money. I spent a lot of time at a cabin in the middle of nowhere, working on the property to maintain it. It did not feel like overcoming it, it felt more like playing a board game waiting for the rain to stop falling. Passing the time, hoping WSU would not be online-only,” Will says.

Once WSU made the decision to be online for the fall semester, Will began to search for opportunities closer to home.

“I booked PA Announcing jobs for the local high school in volleyball. Once I announced the first game, I earned the football PA job for the Challis Vikings. When Salmon, a team an hour away, played us in Challis with me announcing, they hired me as a PA for volleyball and football for Salmon,” Will says, “I showed both athletic directors my design portfolio at the games, and I eventually designed schedules, rosters, and social media content for both schools. The local radio station heard me in the background through their current broadcasters’ session and hired me to do radio play-by-play.”

Even through the pandemic, Will is proud to be a student at the College of Education and has donors to thank for making WSU a reality for him.

Will was the recipient of the Washburn/Durant Sport Management Endowed scholarship.

Will plans to graduate in May and will be the director of athletics for Challis High School in the spring, with the hope that the position can launch him into a career in sports.

In this video clip, Will Millick says thank you for the scholarship he won and how it helps him. Total Run Time: 3:27. 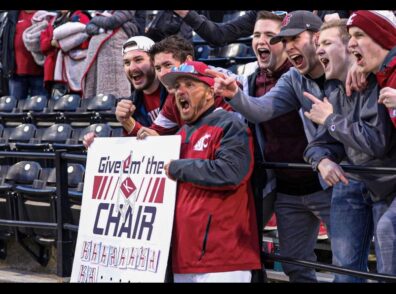 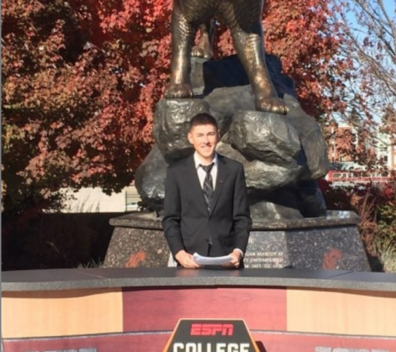 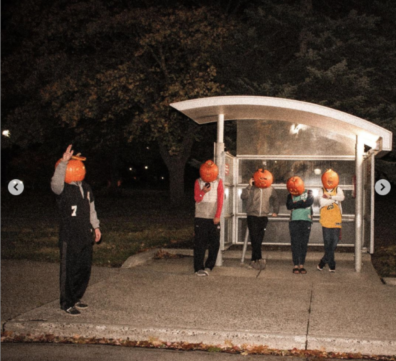 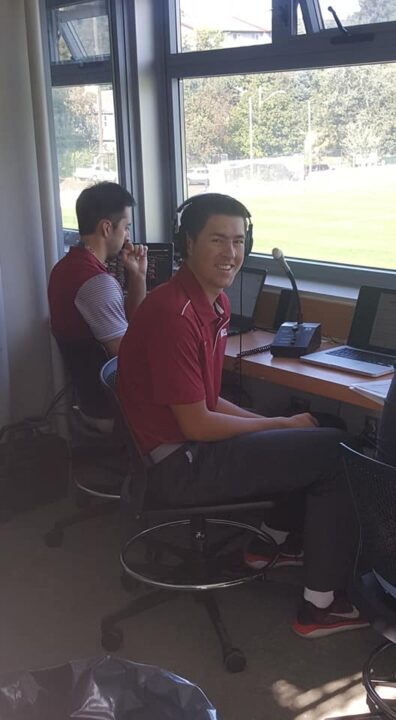