Kinesiology grad has the world at his fingertips

A guy can speak five languages, yet lets his hands do most of the talking.

Nope, this is not a riddle. This is Nicholas Yap.

Nicholas is a recent graduate of Washington State University’s College of Education. As a well-prepared kinesiology alum, he has the world at his fingertips.

There’s a good chance he also has his fingertips on your T7 vertebrae.

You see, Nicholas wants nothing more than to be a chiropractor. Yes, he’s smarter than that. Yes, he has the work ethic to do something even more.

Don’t get us wrong, this is not a knock on the chiropractic field – it’s from the horse’s mouth. Well, Dr. Shane Carnahan’s mouth. It’s with Carnahan that Nicholas spends his waking hours, as part his internship with Carnahan Chiropractic, in Pullman. And the good doc himself wonders why Nicholas doesn’t aim a little higher.

“Sometimes I just have to shake my head in disbelief and wonder what in the world this kid is here for when he should be at med school or curing cancer or something,” Carnahan says.

Nicholas wasn’t born in the United States. He was born and grew up in Malaysia. School was far from fun.

“The program there was so rigorous and strict,” he says. “Every year, you had to go through an examination on everything. If you didn’t pass, you would stay in that grade until you passed.”

But Nicholas is smart. The kind of natural-born smart that makes you think of Ken Jennings or Paul Allen. Sick smart.

So Nicholas did fine in school, and by the time he and his family moved to the United States in 2006, when he was 16, Nicholas already spoke four languages. He professes that his English was a little rough. You’d never know it, though, because his accent – or lack thereof – makes him sound like a born and raised Pacific Northwesterner.

“I found that English was pretty easy to perfect once I was around it all the time,” he says.

Either way, mechanical aptitude transcends language, and Nicholas’ first desire in high school was to one day be a mechanical engineer. Or a professional Moto GP racer.

“I love motorcycles and I love working on cars,” he says. “I wanted to one day design my own motor. That was the grand plan. I had my life set for me.”

That life started at Edmonds Community College. But things aren’t always a fairytale. They don’t always turn out the way we conjure them up in our mind. Nicholas couldn’t have foreseen that in such a short time, circa 2008, his parents would separate and his family’s home in Everett would be foreclosed upon. All in a foreign country. Just like that, his world changed.

Already feeling the financial pressure, and only having enough money for one quarter, he left school. For two and a half years, he worked two jobs. One was a full-time position at an Olive Garden, where he started as a line cook but a year later would become sous chef. The other was a part-time job as a pastry cook.

“I became a work-aholic, which can be sort of toxic,” he admits. “I’m able to regulate better now, but for a while I was work-work-work and not taking care of myself. Work was sort of my coping mechanism.”

That’s when Nicholas realized something most people quickly learn about him – he may be crazy smart, but that’s not why he is going to succeed at work, and in life. It’ll be his willingness to invest in himself that will ultimately help prosper.

“At that time, I told myself I needed to be somebody. I needed to make sure my finances were never an issue for me in later years,” Nicholas says. “So I made the decision to quit my full-time job, go back to school, and focus on my education and future.”

He admits that it was a sacrifice. He was making OK money. But the short-term setback wasn’t worth the long-term potential.

“I was basically tired of stepping over dollar bills to pick up dimes,” he says. “I loved my job, but I wasn’t living up to my full potential. I needed to do something more; something bigger.”

Something bigger. And, as someone who grew up around a lot of siblings, and is naturally gregarious, more fulfilling. With Nicholas, there’s no such thing as birds of a feather – he flocks with everyone.

“I felt like, as a mechanical engineer, I’d be spending time in the shop or designing concepts at my desk, and I’m not getting a lot of people time,” he says. “And I need that. I thrive off it. I’m a huge people person. I need to be able to talk to someone throughout my day.”

He went back to school. Bellevue College. That’s where the kid who was good at math really started to put two and two together.

“I had considered a lot of careers, but I knew I needed a job where I worked with people, and because I also like to work with my hands, I decided being a chiropractor would fit the bill.”

MAKING THE MOST OF HIS OPPORTUNITIES

Nicholas is nothing if not persistent. When he puts his mind to something, he makes it happen. Even when home life included losing his home, and the cards were stacked against him, he always kept a smile.

“What impresses me is that he always finds the positive in any situation,” WSU classmate Tyler Herman says. “He looks at what he can control and makes the best of it. I don’t think I have ever seen him have a bad day.”

“One of the best things about Nicholas is that even though he’s incredible, he doesn’t walk around acting like he knows it,” Carnahan says.

Indeed, the word complacency doesn’t show up in his vocabulary – in any of his five languages.

“I felt WSU was where I needed to be to jump-start my future career,” Yap says. “One of the best things about the kinesiology program is that students who want an internship have that possibility to get one. It just boils down to how badly the student wants it.”

Yaps says that even though full-time students have a lot of demand from their schooling and homework, there is always time to take advantage of the opportunities they have.

“Because of our busy schedules, there will be some sacrifices,” Yap says. “These might not be big sacrifices. But they’re sacrifices we can afford to make as 19 to 25 year old students, like late nights out.

“I feel like some students need to be more humble and more grateful to be able to go to a four-year university.”

Much of Yap’s gratitude is for the faculty. He says it is his favorite thing about the kinesiology program.

“I think the kinesiology instructors are top-notch,” he says. “I feel like they pay a lot of attention to the students, especially the higher-level classes. They really focus on your success in the program. During my last year here at WSU, I’ve been really able to get to know the instructors, both in class and out. They’re not just going to give you an assignment and turn you away. They’re really invested in your future.”

This gratitude, humility, and willingness to work hard didn’t go unnoticed. So the kid who paid his own way for school early on was able to earn a scholarship from WSU and the College of Education. His professors say he earned it.

“He is, without question, everything that is good about our student population,” says David Lang, kinesiology instructor, and the athletic department’s strength and conditioning coach. “He represents the very best. He’s gung-ho about everything. He works hard. He has a great attitude. He’s most definitely going somewhere in life.”

With Carnahan, Yap is learning a lot of chiropractic technique. He already has a personal training and USA Weightlifting certification, which allows him to teach patients how to correctly perform the rehabilitative exercises.

That being said, as an intern who does not have chiropractic certification or licensure, he cannot take X-rays, perform spinal manipulations, or use other common chiropractic techniques, such as Graston.

In the meantime, Nicholas is learning another valuable lesson. Nobody is saying it is more important than learning the technical aspects of the field. But it is certainly one that coincides with Nicholas’ strength as a people person: how to deal with the patients.

“I’m learning all the equipment that I’ll be learning in school, and being exposed to all the different techniques, what will work for some patients and what won’t, but what is really beneficial about this internship is that I’m getting real-life patient interaction,” he says.

It’s not just any patient interaction Nicholas says. It’s a unique ability to connect with people, which he says he’s learning from Carnahan.

“Dr. Carnahan truly cares about people and remembers little things about each patient,” Nicholas says. “I’m starting to develop pretty good relationships with patients that come in a lot. ‘Hey, how’s your daughter doing?’ Or, ‘How was that concert you went to?’ But Shane will see someone a whole year later and still remember details about that. And I’m like, wow, that’s a skill I want to develop.”

“When they come back, even a year later, and realize that the appointment was so dear to you, that you remembered those details from before, and actually care about their well-being, it makes them feel valued by you,” Nicholas says. “I want to keep learning how to do this.”

Still, when all is says and done, even though Nicholas has the worth ethic, the brains, the personality and everything else, it’s his hands that do the most talking, and healing.

Restaurant: Too many to choose from

Book: The Art of Racing In the Rain, by Garth Stein 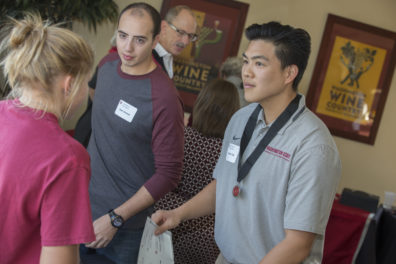 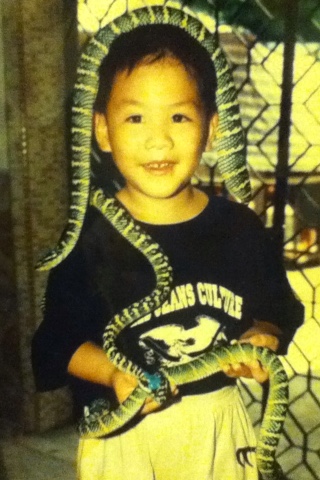 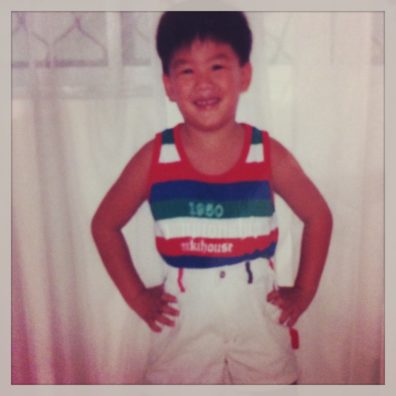 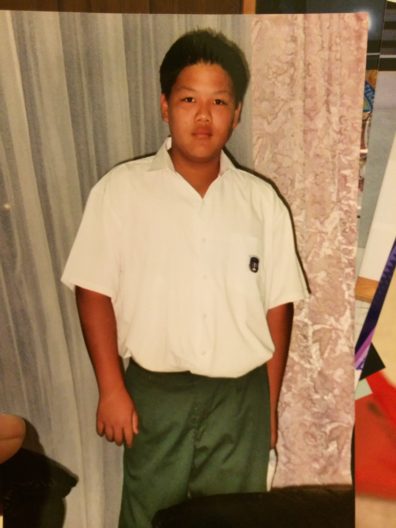 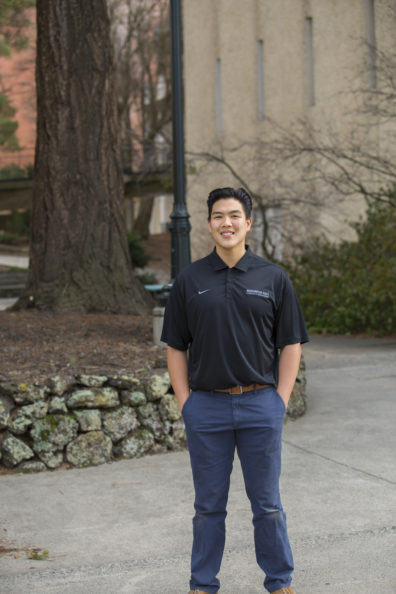 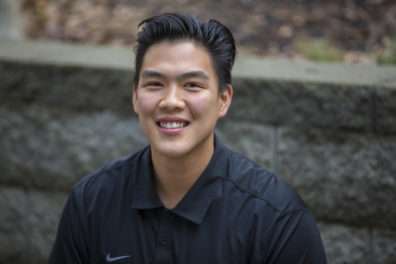