The curious coincidence of Erik deVeer and David Korsak began in the sixth grade when fresh-faced deVeer walked in as the new student teacher. A young Korsak was a student in the class, unaware he was catching a glimpse of his own future.

Nearly a decade later, Korsak walked into deVeer’s fifth grade class at Pearson Elementary in Poulsbo, Wash., to begin his time as a student teacher. After four years of studying at Washington State University, Korsak was stepping into his future career; as chance would have it, deVeer was selected as his mentor.

A little disciplined, a little goofy

“I was overjoyed when I read the letter assigning him to my classroom,” deVeer said of Korsak. “I knew immediately who it was. I even contacted my old student-teacher mentor and told him about it.”

Korsak and deVeer had never completely left each other’s lives after that initial sixth grade encounter. They attended the same church for a while and their families remained in contact over the years. The long-term status of their relationship has transferred strongly into the classroom setting, according to deVeer.

“We both have the same teaching style – a little disciplined, a little goofy,” he said. “We try to make sure the kids have fun. If they don’t want to be there, they won’t learn.”
Like many teachers before him, Korsak said he got into the profession as a way to make a difference.

“I like to coach and I’ve always gotten along well with kids, so teaching was a natural fit,” he said.

Nowadays, teaching includes different things than when deVeer was getting started. Standardized testing and Common Core have introduced changes in the education system.
“David is doing a lot more paperwork than I ever was,” said deVeer, laughing. “I don’t think a lot of teaching programs prepare teachers for standardized testing.”

But Korsack said WSU’s program did, especially through studying exam protocols, the subject matter and how to equip students for success.

“WSU’s practicum was incredibly helpful,” he said. “It got me out of college classrooms and into elementary schools. I gained a lot of real world experience.”

What the future holds

DeVeer said the future is in good hands with people like Korsak going into teaching.

“David has a real knack for teaching. He meets the kids where they’re at,” deVeer said. “Teaching is tough. A lot of teachers quit after the first few years, but I hope David stays in.”

Korsack paused and laughed when asked how he’d react to a student of his now working with him as student teacher in the future.

“I haven’t thought of that! I have no idea what I’d say to them a decade from now,” he said. 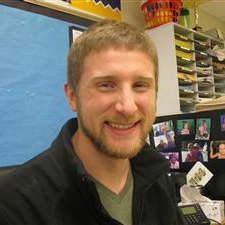 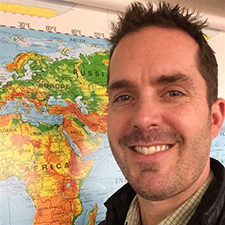