By Katie Duncan – College of Education

Taking short breaks when learning a new skill can help someone better learn the task they are practicing, according to a new study published in the Journal of Motor Learning and Development.

Shikha Prashad, an assistant professor of kinesiology at Washington State University’s College of Education, as well as the director of the college’s Cognitive Motor Neuroscience Lab, is leading a team determining the underlying processes that occur when learning motor skills.

At the center of this research is the importance of taking small breaks, and how these breaks influence the learning of motor movements. These movements include everyday activities such as walking, driving a car, playing a musical instrument, typing, or playing sports.

Participants in the study were tasked with learning a series of movements in a specific order by pressing keys on a computer keyboard.  Some of the movements were easier, occurring in a repeating predictable order, while others were less predictable and appeared according to rules of probabilities.

“A probabilistic motor sequence can be equivalent to playing soccer where players have to continuously adapt to changing field conditions and team strategies,” Prashad said.

In the task, participants responded to stimuli on a computer screen and their reaction times were recorded. Participants also took two-minute breaks throughout the experiment.

The researchers confirmed that for the series of movements that were less complex, participants improved their performance as they were executing the movements during the practice sessions. This part wasn’t new.

But the research team, which includes colleagues Yue Du from Johns Hopkins University and Jane E. Clark from the University of Maryland, found that performance also improved after short breaks during the practice sessions themselves.

“These breaks are critical to strengthen our memory and facilitate learning,” Prashad said. “These rest periods were key for learning the more complex movements.”

What’s more, the research showed that a long rest period is not a prerequisite for a person learning motor movements. Even small breaks strengthen the memory of the movement, making it easier to replicate.

“Previously, it was thought that we could only consolidate our motor memory and improve performance during longer rest periods, such as a good night’s sleep, but our study showed that the short, two-minute breaks also lead to improvements in performance,” Prashad said.

Bottom line for coaches, trainers, teachers, or mentors: it is important to take several short breaks during – and not just between – practice sessions,

“Practice is critical for improving the performance of a motor skill, but it should be accompanied by short breaks as they are also key to learning,” Prashad said. “We found that these breaks were critical for the more complex movements and that’s important because the motor tasks we learn in daily life, require the learning of complex sequences of actions.” 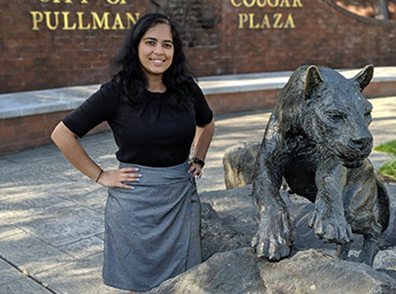