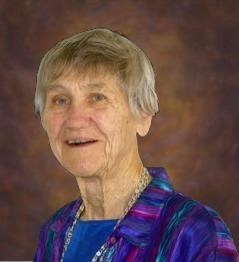 Her vibrancy, tenacity and passion for creating a better society will continue with Women of Diversity Productions. May her example be inspiration for all who desire to work to dismantle the systems that uphold inequality.

Marlene Adrian was born on September 3, 1933 in Milwaukee Wisconsin, a wonderful city for growing up and a city that taught her about the inequities of boys and girls, which became her passion throughout her life.

Dr. Adrian was a professor in the departments of Physical Education, Kinesiology, Rehabilitation Education, and faculty of Bioengineering at colleges and universities across the northern United States and a visiting professor in Brazil.

Her research began at Springfield College’s Physiological Research Laboratory, was an Associate Professor at Washington State University until 1983 when she became Professor at the University of Illinois at U-C . During those years she taught both graduate and undergraduate students and conducted research primarily in the areas of biomechanics, sports, aging, the disabled and women. She wrote more than100 research articles, authored nine books, contributed book chapters and presented speeches at national and international conferences. She led movement and fitness workshops for women, children with mental and physical handicaps and adults afflicted with multiple sclerosis. Her authored books include Woman in Motion, Biomechanics of Human Movement, Complete Encyclopedia of Aerobics, Catastrophic Injuries in Sport.

After more than forty years of teaching, community service and research in the academic arena, Dr. Marlene Adrian retired as Professor Emerita at the University of Illinois, Urbana-Champaign. She had been Professor of Kinesiology, Rehabilitation Education and Bioengineering and Director of the Biomechanics Research Laboratory from 1983 to 1992.

Dr. Adrian co-founded Women of Diversity Productions, Inc. (WOD), a non-profit 501(c) (3) organization created in 1992 to give visibility to women and to create a woman-appreciated future. The initial project was the creation of an international research publication, “Women in Sport and Physical Activity Journal” with Dr. Adrian as editor from 1992-2006, when it was transferred to the National Association of Girls and Women in Sport.

After moving to Las Vegas in 1997, Dr. Adrian concentrated on the mission of Women of Diversity Productions by creating a collection of audio-video recordings of women via documentaries, interviews of women and their achievements and presentations by women which were made all available to the public on the website, www.womenofdiversity,org

Two projects of historical significance were The Role of Women in Shaping the first 100 Years of Las Vegas (2005) and Nevada Women’s Legacy – 150 Years of Excellence (2014 Nevada Sesquicentennial).

After the completion of the Sesquicentennial Women’s Legacy project, WOD Board of Directors, with Dr. Adrian, organized a series of participatory workshops with speakers and discussions to address the barriers preventing women and girls to secure equality.

The latest project was the Gaming Gender Equality Index survey and reports: 2017 and 2018 that she co-authored with Denise R. Duarte.

Dr. Adrian was a member of the steering committee that created and hosted Equality Days at the 2009 and 2011 Nevada Legislative sessions which successfully lobbied for rights for the LGBTQ community.

• 2004 Woman of the Year from The Gay and Lesbian Community Center of Southern Nevada.

• 2014 Women’s Chamber of Commerce of Nevada Pioneer Award and inductee into its Hall of Fame.

In addition, she received honor awards from the Southern Nevada Women’s History Project and the Lambda Business Association.

Dr. Adrian has held leadership positions in Business and Professional Women/USA, Lambda Business Association, Women in Communications, National Association for Girls and Women in Sport and the Research Consortium.

Dr. Marlene Adrian’s philosophy was that her life is worth living if she could improve the lives of women, and all persons or subgroups of society, who are discriminated against.

Dr. Marlene Adrian is survived by her spouse, Denise R. Duarte and her sister, Fay Klein.

Fond memories and expressions of sympathy may be shared at www.palmcheyenne.com for the Adrian family.