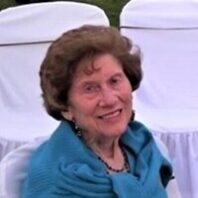 Inga Borre Kromann was born in 1926 in Tyler, MN.  She was the third and youngest child of Karen Marie and Hans Borre Kromann, both immigrants from Denmark. Hans and Karen settled in the Danish community of Tyler and were farmers for most of their lives.  Inga’s first language was Danish, but she quickly picked up English when she started school.  Inga’s first school was a one room country schoolhouse for primary and secondary grades.  She was the only first grader in the school and loved her first-grade teacher. After her first week of first grade, Inga decided she was going to be a teacher, and she never deviated from that plan.

Life on the farm during the depression was difficult. Inga’s home did not have electricity or running water until after she was out of high school. The family was extremely poor, but Inga’s mother could “grow and can anything,” so while the menu was limited, the family did not go hungry.  During the frigid winters, with only a wood stove for heat, the family lived in the kitchen and slept in the living room, the only two rooms that the family could keep warm. Inga loved to read and spent much of her time buried in a book.

Inga’s older sister, Elsie, developed Rheumatoid Arthritis and was eventually unable to walk.  She spent several years in a hospital in Minneapolis, enduring various surgeries and being fitted for leg braces.  In 1935, Elsie died at the age of 16.  Inga’s family was devastated, especially her mother.

Inga graduated valedictorian from Tyler High School in 1944. She knew that she wanted to pursue an education after high school, and attended Mankato State Teachers College (now Mankato State University), graduating in 1946 with an Associate Degree in Elementary Education (grades kindergarten through grade nine) and a minor in Art.  Inga taught seventh and eighth grades in Verdi, MN from 1946 to 1948 and she taught third and fourth grades in Ruthton, MN from 1948 to 1953.

At the University of Illinois, Inga met Edward Kelly while he was finishing his PhD in Education.  The two married in August of 1960.  Both Inga and Ed were interested in jobs at a state university. In 1962 Inga and Ed moved west to Moscow, Idaho where Ed started as a tenure-track professor at the University of Idaho. A year later, Inga found a position at Washington State University (WSU) in Pullman, WA, just eight miles west of Moscow.  The couple settled in Pullman in 1963 when Inga started teaching her first class at WSU: an Elementary Education class focusing on reading, literature, and writing.

Inga and Ed started a family; daughter Kari was born in May 1964 and son Kael was born in June 1965. Both were raised in Pullman and graduated from Pullman High School.

Teaching and research were very important to Inga, but so was the fight for equality and women’s rights, especially in the workplace. Inga was a pioneering member of the WSU Association for Faculty Women, a group that focused primarily on salary equity for women. In 1975, Inga was named the first Chair of the WSU Faculty Women’s Committee, the group that later changed its name to Association for Faculty Women.  Additionally, Inga was named Chair of the Washington State Women’s Council by Daniel J. Evans, Governor of the State of Washington, where she served as Chair for several years in the mid-1970’s.  She was also a leader in the Washington chapter of the National Organization for Women.

Inga served in numerous leadership positions at WSU including Chair of the Department of Education, Executive Secretary of the Faculty Senate, and many committee and task force chairs. She was honored as WSU Faculty of the Year in 1985. Inga’s tenure at WSU lasted 37 years, during which she advised and mentored hundreds of bachelors, masters, and doctoral students. She retired in 2000.

Inga always honored her Danish roots and took many trips to Denmark over the years. In 1978, Inga took a working sabbatical from WSU to do in-depth research into the works of Hans Christian Andersen.  Inga and daughter Kari lived in the heart of Copenhagen for four months while Inga worked on her research and Kari attended school.  It was very special to Inga to be able to combine her love of children’s literature and research with her passion for her Danish heritage and fluency in the Danish language.

After her retirement, Inga split her time between Oro Valley, AZ and Seattle, WA, where her children live.  Inga traveled frequently between the two states.  While in Oro Valley, Inga was active in the local Sun City clubs where she thoroughly enjoyed dancing (both ballroom and swing), bowling, happy hours with friends, and frequently hosting family members who needed an escape to the sun. Inga stayed close to her friends and colleagues at WSU. In 2008, Inga created an endowment at WSU to support the Inga Kromann Book Award. This annual contest gives WSU Education students incentive to write, design, and illustrate their own children’s books, with the winners receiving a financial award as well as a professionally bound copy of their book.

Inga was a life-long reader, writer, and storyteller. She has documented much of her parents’ lives as well as her own history.  Inga was a wonderful gardener with a love of flowers, particularly roses.  Her yards literally blossomed year-round. Inga focused on her health, walking four miles every day for most of her life.  She was a breast cancer survivor and always supported breast cancer research. Inga was also an avid supporter of the rights and care of animals and gave her time and money to support organizations such as the SPCA and Humane Societies. She was the proud owner of many rescue cats; she truly loved her furry friends.

In 2016, after celebrating her 90th birthday, Inga moved to Seattle permanently to be close to her children, grandchildren, and great-grandchildren. Inga passed away in Seattle, WA on May 10, 2022, just nine days short of her 96th birthday. She is survived by her son Kael Kelly, his wife Valerie, and grandson Kalen; daughter Kari Kelly, her husband Gene Dodd, and grandson James Mullaney; bonus grandsons Eric Dodd, his wife Amanda, and great-grandchildren Gemma and EIi; and Alex Dodd, his wife Sophie, and great-granddaughter Brooklyn. Inga is also survived by her loving niece Kathryn Massa and her husband Frank, and nephew Larry Brown and his wife Karen.  Inga always had at least one cat in her home; she is survived by her latest rescue cat BillyBoo who now resides in luxury with Kari.  Many loving friends will remember Inga; family and friends were the top priority in Inga’s life.

Per Inga’s wishes, she will be buried at Danebod Cemetery in Tyler, MN alongside her parents and two siblings. Inga will be always loved and forever missed.  Inga lived her life with no regrets.  She often said that as a child, she could never have imagined that her life would be as exciting and fulfilling as it turned out to be.  Inga did not believe in mistakes, “mistakes” were simply learning experiences. Good-byes were always difficult, so Inga preferred to say, “so long for now.”  So long for now, Inga, from all of those who love you, until we are together again.

In lieu of flowers, Inga’s family recommends that remembrances be made to Saving Tyler’s Cats, 308 McGoudy Street, Tyler, MN 56178, https://www.paypal.com/paypalme/savingTylerscats, or your local Humane Society. 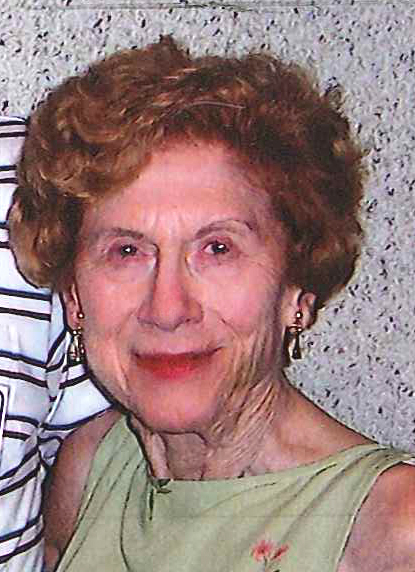 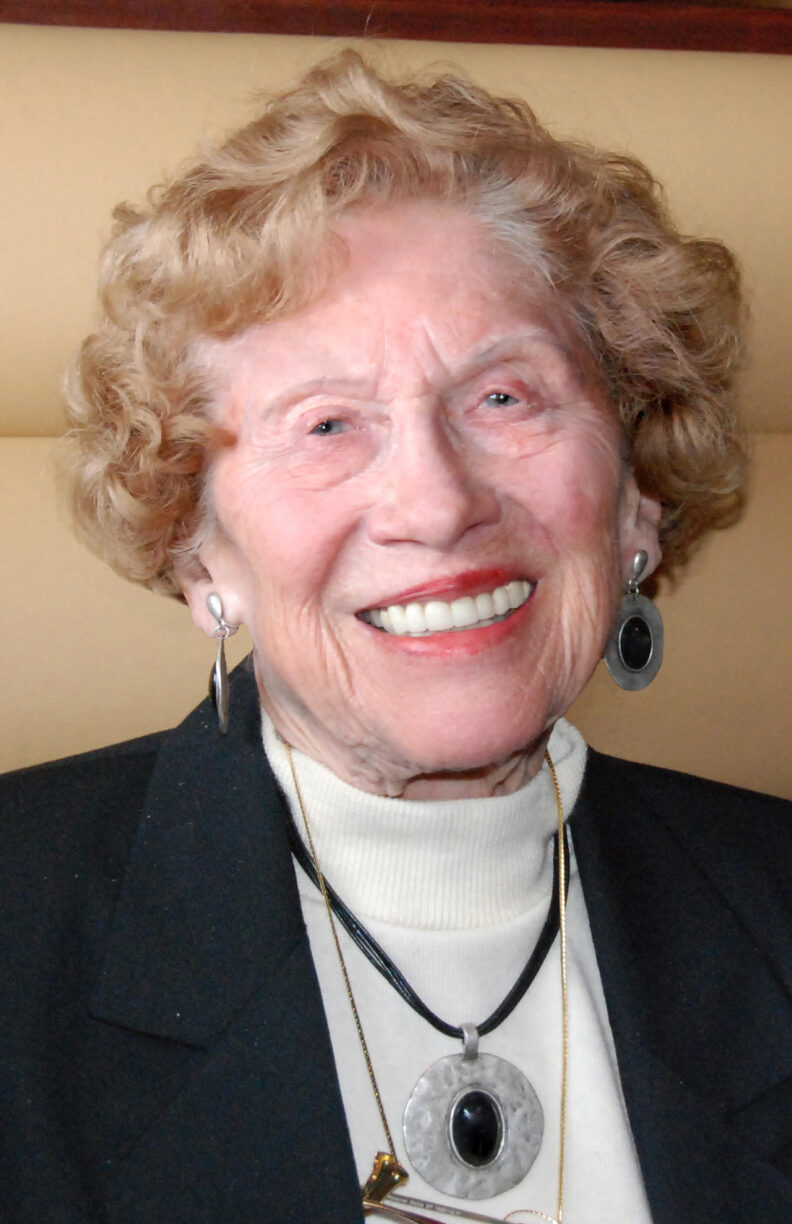