Last Friday, I had the wonderful opportunity to fly on a KC-135 refueling aircraft used by the U.S. Air Force to refuel other military aircraft in the air. Personnel at Fairchild AFB, just outside of Spokane, contacted me and several other educators in the area as a community relations task and a means to thank educators in the Inland Northwest. Administrators and staff from Eastern Washington University, Gonzaga University, Washington State University, and Whitworth University participated in this event. Don Holbrook, the Area Finance Officer for the Provost Office, attended with me as we represented WSU. 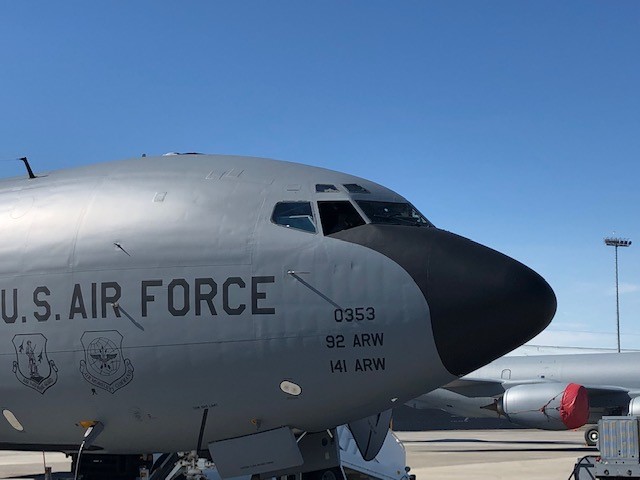 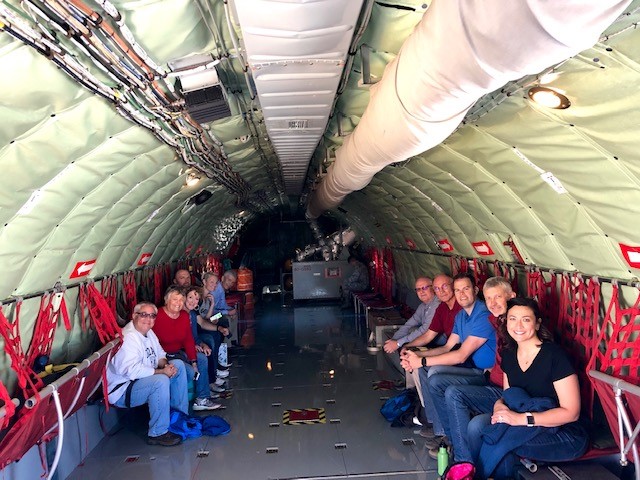 Many of the military at Fairchild AFB are graduate students in the Spokane area. In addition, many of these have families with children in schools. Thus, colleges of education were the central focus for this day. The women and men that facilitated the event mentioned how grateful they are for the K-12 teachers that teach their children and high-quality schools in the Spokane area. Those that are officers are reassigned to another base every 2-3 years. Moving like this is clearly a hardship, particularly for those with families. Many voiced that Spokane-area educators understand this and provide a level of support that helps them and their families with the difficulties of moving to a new location.

The KC-135 is a Boeing 707, built in 1964. While an older aircraft, the mechanical and other service these aircraft receive is second-to-none. Air Force personnel that day mentioned that the aircraft are so reliable and enduring the last pilot of this KC-135 hasn’t even been born yet! I learned that the air refueling squadron at Fairchild Air Force Base is the largest in the world (except the remainder of the continental US). 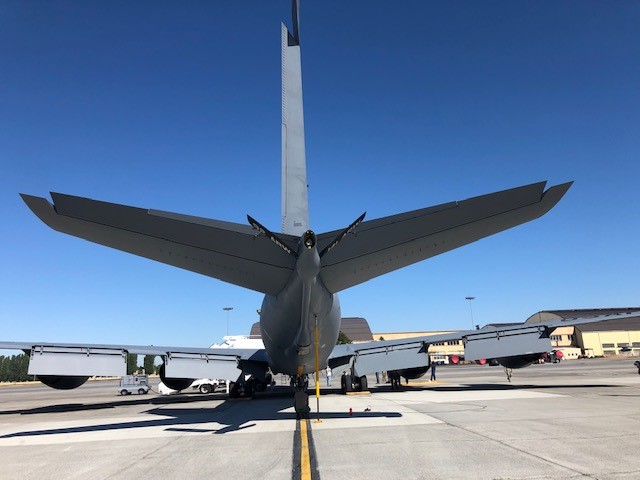 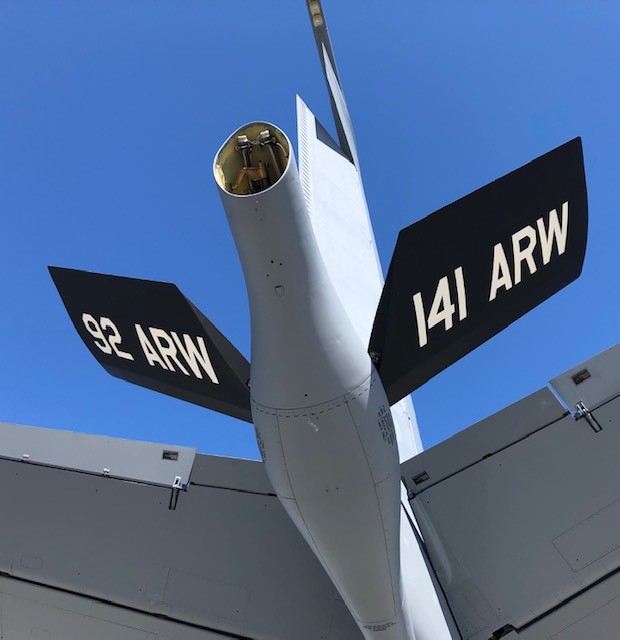 Once inside the plane, one immediately notices the wide-open space for cargo. Though I fly a lot, there was a bit more duct tape holding things together than I am accustomed. There is a restroom on board and it is up front, just like you would find on a Horizon flight. That’s where the similarity to Horizon ends, however. They call it a “latrine,” which is a more accurate description.

We were scheduled to experience an actual refueling in air. The refueling was canceled while we were in flight. We did get to operate the “boom”, however. The boom is the tube that extends from the plane to refuel another aircraft. It extends only 15 feet. Picture, two aircraft 15 feet vertically apart from one another, and working to insert the boom into the portal on the other aircraft to receive the fuel. All of this obviously takes tremendous training and skill to do correctly. We watched film of this being done. It is most impressive.

To operate the boom, the boom operator lies on their stomach in the back of the plane, puts their chin in a chin rest, and looks out a window that is underneath the fuselage of the aircraft in order to observe the boom and the aircraft below.

There are levers and controls to manipulate the boom that require both the left and right hands to operate. There are also gauges that must be read to monitor the progression of the boom. And, of course, the end goal is to insert the boom into the portal of the aircraft flying below so that fuel can be transferred. 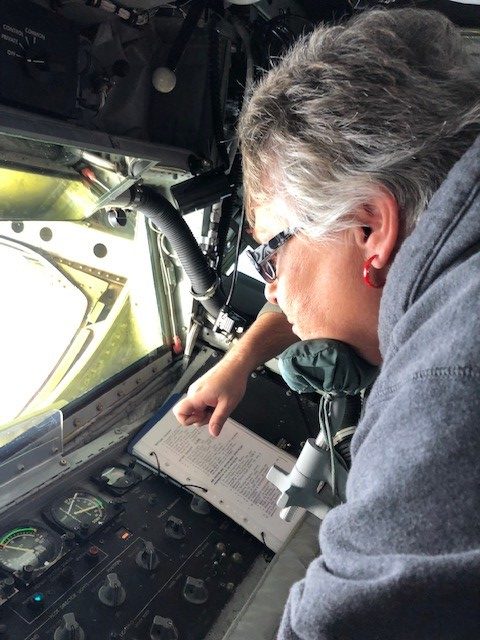 With directions from the boom sergeant I retracted, extended, and moved the boom from left to right and back again. While this was quite interesting for me, I am sure I couldn’t pass any sort of test to be a boom operator today, even with training.

On the descent, I had the good fortune (we chose numbers and I won!) of sitting in the jump seat, between the two pilots.

All in all, this was quite a treat for me. The skill and professionalism of the military at Fairchild AFB was impressive. I also saw more closely just how interconnected colleges of education are to the military and their families. I think everyone present will remember this flight for a good while. 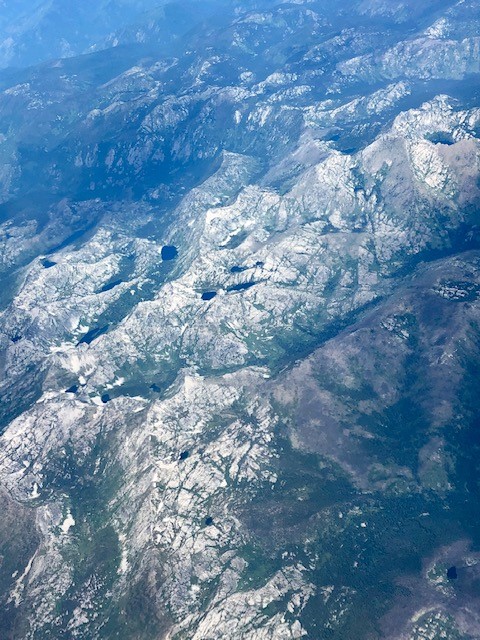