Sue Durrant was a pioneer in women’s athletics at Washington State University. She led WSU to a 134-99 mark as the women’s basketball coach (1971-72, 1973-82). Additionally, she led Cougar volleyball for 12 seasons, going 67-35 from 1973-75 (only records available). Sue was a driving force in WSU’s Title IX lawsuit to provide gender equity in Washington and nationally.

It’s no surprise that Sue has received numerous honors for her work in women’s athletics. She was part of WSU’s 2017 Hall of Fame Inductee Class. She was also most recently a 2019 inductee to Pullman’s Walk of Fame, held in conjunction with the 31st National Lentil Festival on August 16-17. 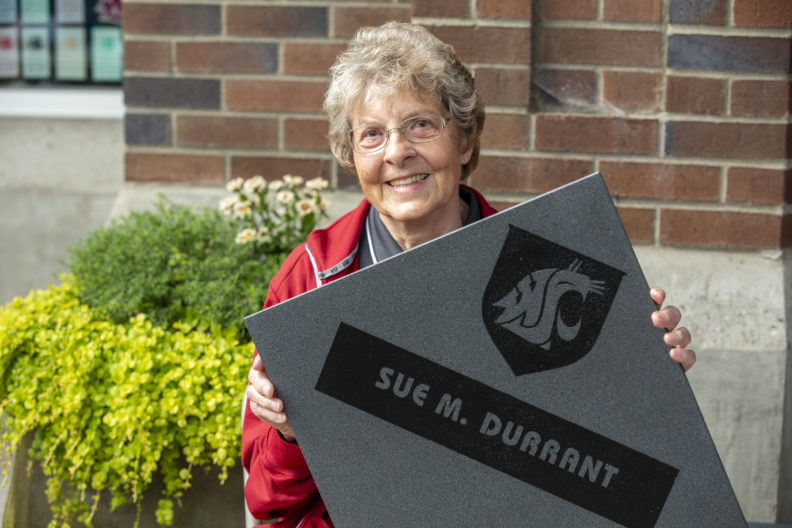 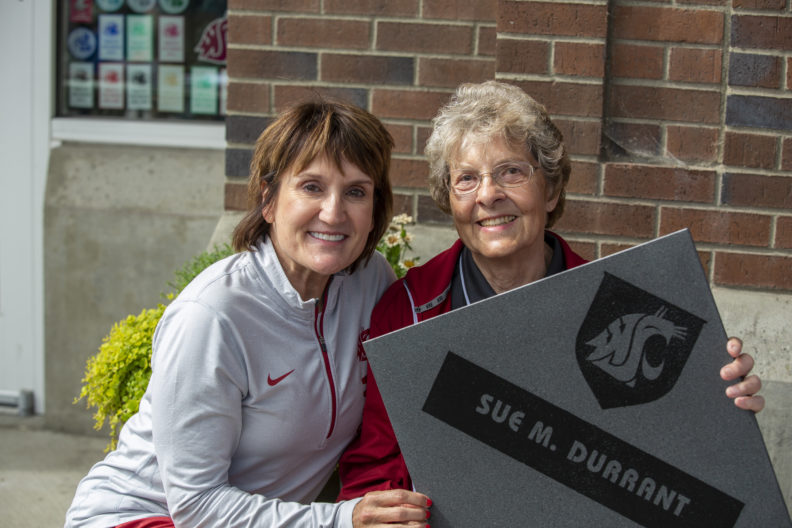 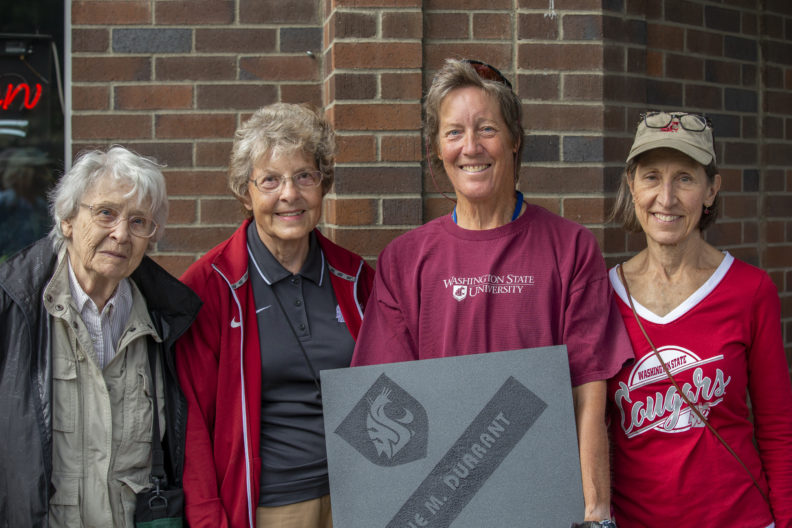 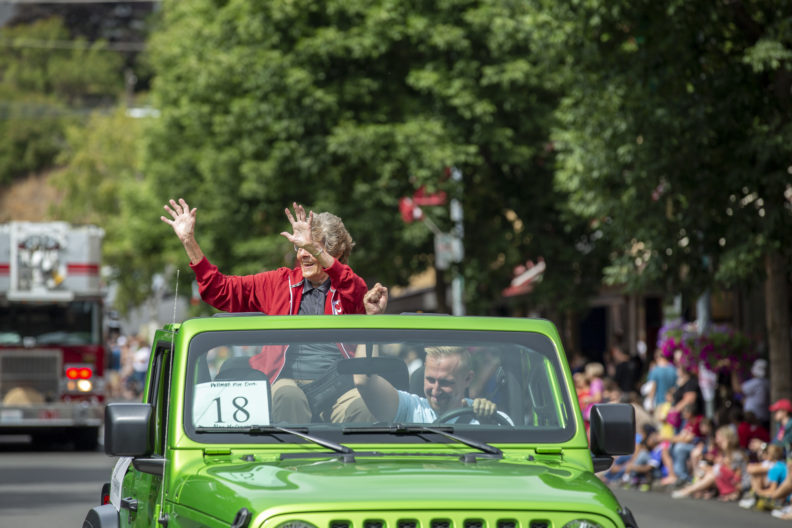 Of course we all recognize the changes that have come about in women’s athletics since the early days. I had to chuckle when I was reading the comments from the newly appointed athletic director at the University of Idaho, to be describing what it was like in her day. And I wanted to say ‘Welcome to the group!’ We were driving vans, student athletes were driving vans, too. It was a much different era. There were many involved in the effort – I was only one of the spokespeople involved. So, some of this whole work is not mine alone. You know, there are many accolades to be shared in that regard. But I’m really pleased to see a lot of the progress that was made, and we did a lot of it to benefit those who would come after. So congratulations to you all, too. —Sue Durrant’s Walk of Fame acceptance speech 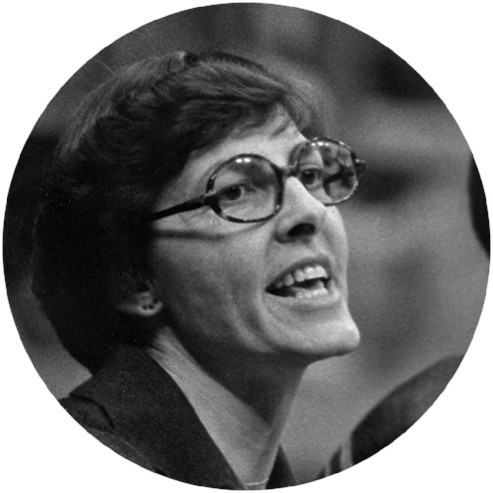 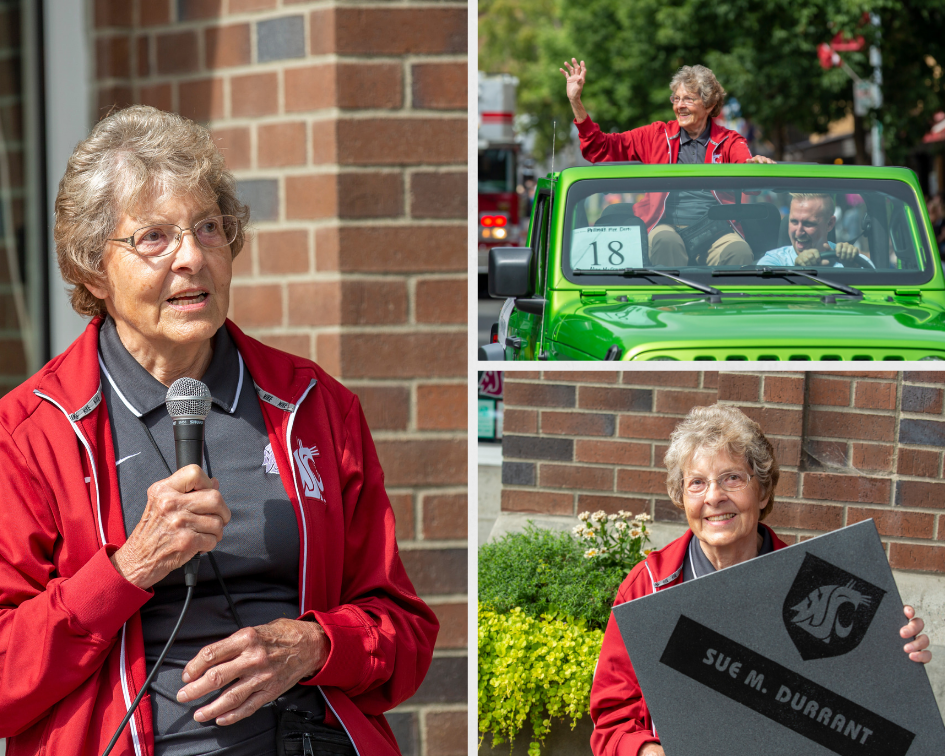 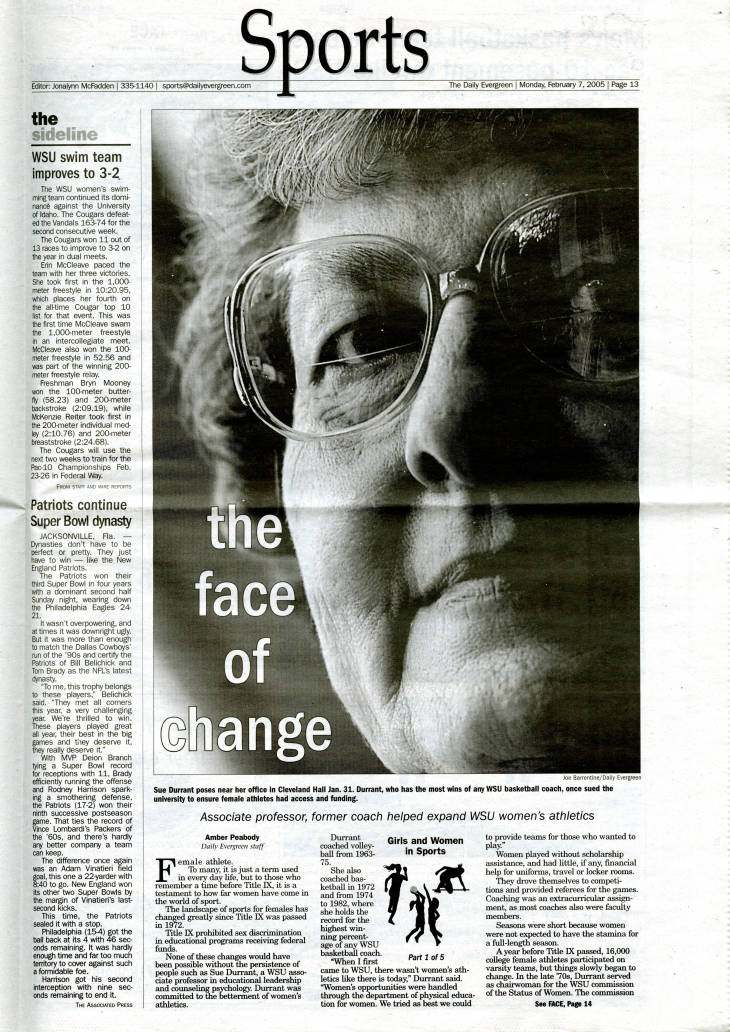